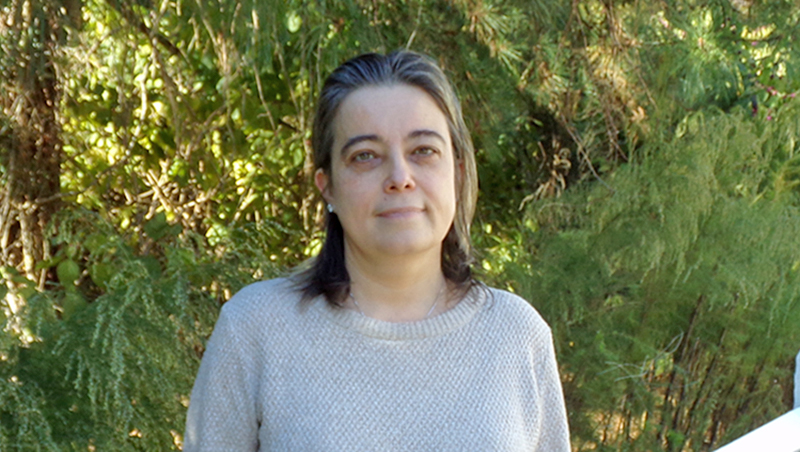 After four years on the donor list, Kill Devil Hills resident Tatiana Tagirova thought she had finally found a kidney donor match. The surgery was scheduled for November 16, but in October, because of the thorough testing process, her donor discovered breast cancer and had to cancel the donation.

When Tagirova was 18, her father died suddenly from a stroke due to kidney failure. Tests revealed that she and her sister Dina were both carriers of polycystic kidney disease (PKD). “Some people can live into their 70s without going into kidney failure,” said the St. Petersburg, Russian native, now 48. “It’s different for everyone.” For Tagirova, she started noticing symptoms after the birth of her son almost two decades ago.

“Fifty percent of people on the list will die and never make it,” Tagirova said as her cat Bobo crawled up into her lap in a shaded patio chair at her Colington Harbour home.  “I’m kind of feeling worse because I’ve been on dialyses for two years. That’s why people look for living donors, because they don’t want to die.”

A kidney from a living donor can sometimes last twice as long as a kidney from a deceased donor. And so she keeps waiting, and praying, along with help from her community. Members of Son Rise Church of Christ in Kill Devil Hills have supported Tagirova by bringing her meals, helping with transportation to and from dialysis and offering to support her when and if she has transplant surgery. Ruthie’s Kitchen brings her meals on Tuesdays and Rita Ayers made yard signs to aid in Tagirova’s search.

Even though her blood type is not uncommon – B+, which means anyone with B or O blood type can donate to her – the screening process to donate a kidney is rigorous. “You have to be in good physical and emotional health,” Tagirova said. Health issues like smoking, drug use, diabetes, autoimmune diseases, prior cancers or mental disabilities can disqualify a potential donor. Over the last several years, seven people have tested for Tagirova, but none of them were a match due to health issues or an antibody mismatch. She said others wanted money or were suicidal and could not meet the mental health requirements. “It’s kind of like, you have a hope each time and then there is no hope,” she said.

Three days a week she goes in for dialysis, which makes her feel weak and tired. “I come home and go to bed,” she said. “Dialysis is very hard on your body. I feel strange in my body, very weak, sometimes I have pain. I don’t know if it’s from dialysis or if it’s because I have cysts on my kidneys.”

She’s no longer able to work as a literature professor – a job she’s trained for and served in since arriving in the United States 27 years ago. She attended Philadelphia Biblical University (now Cairn University) for her bachelors and masters degrees, then earned a Ph.D. in Caribbean literature from the University of Puerto Rico, moving on to teach writing and literature at Elizabeth City State University and traveling to different countries to represent her academic research. When she’s well, she dreams of returning to teaching.

“It was very difficult for me the last four years,” she said of her search to find a donor. She’s been initiating the search primarily on her own, through Facebook or word of mouth.

And it hasn’t just been hard on her. Her voice fills with pride when she talks about her son, Ruperto Martinez, First Flight salutatorian class of 2020, and current UNC Chapel Hill student majoring in computer science. “He’s pretty much on his own in Chapel Hill but I’m proud of him for doing so well. He has an academic scholarship there, he plays volleyball. If anyone wants to offer him support, or send him a card, it’s been hard for him, to have me sick the last four years,” she said with emotion. Ruperto makes it home when he can, she said.

And home is a quiet place these last few months. In 2011, she married John Daley. “My son was only 8 years old. He helped me to raise my son,” she said. Tagirova choked back tears as she shared her deepest heartache. “But he just passed away June 16.” She said John fought his own battle with lung cancer the last two years of his life, and he and Tagirova supported each other emotionally, talking on the phone every day and helping each other as they were able. “He’s buried in Manteo,” she said.

Despite the struggles and the hardships she’s faced in the last few years, Tagirova wants to keep living and she is doing everything in her power to make that happen. She has connected with Chaya Lipschutz, who donated her own kidney to a stranger in 2005. After her surgery, Lipschutz wanted to do even more, so she began increasing awareness about kidney donation and connecting interested donors with those in need, earning her the nickname “Kidney Matchmaker.” She’s made dozens of matches in the United States and 11 outside the country and her efforts are purely volunteer.

According to Lipschutz, there are a lot of misconceptions about kidney donation. “People are afraid they will endanger their life if they donate,” she said. In reality, “One can live just as well with one kidney as with two. When one donates a kidney, the other one enlarges. The proof is in the pudding: I have almost as good as kidney function with my one kidney as I had with two kidneys! (My creatinine level is about the same as it was when I had two kidneys!)” Donors do not need to be on a special diet or take medication; only the recipient of the kidney must do that.

Another misconception people have is the belief that if one kidney fails, they will need the other one. However, most of the people on dialysis have two kidneys – when one goes, the other goes as the same time. And, according to Tagirova, donating a kidney puts someone at the top of the donor list in the event that they experience kidney failure.

There are programs like The National Living Donor Assistance Center (NLDAC) that exist to help cover some of the donor expenses like lost wages, hotel costs, transportation and food. Even if an interested person goes through the screening process and is not accepted, NLDAC will still cover their expense up to about $5000.

For Tagirova, however, finances are tight. She pays her co-pays, medical insurance and mortgage on her home from her disability insurance, which is her single source of income. Lana Tretyak has organized a GoFundMe page at https://gofund.me/412eeaaf to help Tagirova with her expenses. As of November 26, the campaign has raised $7,545 from 130 donations.

If anyone is interested in learning about kidney donation, there are a number of ways to get started. Lipschutz has offered to serve as a contact person for Tagirova. “Being a kidney donor myself, I can give lots of information on kidney donation, offer support through the process, and share the risks and the benefits for donors,” she said. She can be reached by phone at 917-627-8336, email at kidneymitzvah@aol.com or online at www.SaveALife-DonateAKidney.com.

Or, for general information, this short video from Piedmont Healthcare offers a glimpse of the donation and surgery day process: https://www.youtube.com/watch?v=jBWqTTXVnAI.

People interested in finding out how to be a donor can contact living donor transplant coordinator Erin Shulz at erin.schulz@vcuhealth.org for the Richmond list or Amy Woodard at amy.woodard@unchealth.unc.edu for the Chapel Hill list.