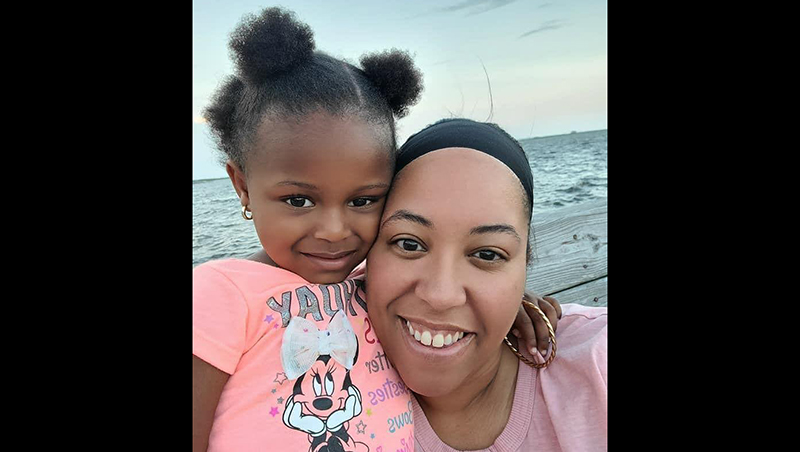 A prayer vigil is being organized for Monday evening to remember a Manteo mother and her young daughter who were victims of a fatal shooting in Elizabeth City last week.

“We’re asking our community to come together to remember Takeyia Berry and sweet Allura. They were taken from this world too soon, victims of absolute evil,” states the vigil announcement on Facebook. “Please positivity only. They leave behind a very large family to mourn but most importantly, a 16 year old daughter and sister, Kieriana, who is going to need her village now more than ever.”

According to the Elizabeth City Police Department, officers were called to the area of Perry Street and Jordan Street around 5 p.m. on Thursday, December 2; several people were suffering from gunshot wounds. According to ECPD, 39-year-old Takeyia Berry and 3-year-old Allura Pledger, both of Manteo, and 18-year-old Jaquan White of Elizabeth City died as a result of their injuries. Three others were injured in the shooting incident.

Berry’s sister Ebony Selby shared that her sister was very dedicated to family and enjoyed spending time with and traveling to see family members. She was described as a loving, giving person who was always helping others. Selby also shared that her sister – who community members may also know from when she worked at Piggly Wiggly in Manteo and as a customer service rep at the Dare County Tax Collections office – was taking classes to become an accountant.

Berry was the mother of two daughters: Kieriana Berry, who is 16, as well as Allura.

Selby called her niece Allura “ahead of her time,” saying that the youngster, who turned 3 in June, could speak clearly and hold whole conversations. A “jokester,” she loved to dance, act goofy and laughed all the time.

Selby is moving back to the area to take care of niece Kieriana “to maintain some kind of stability in her life.”

The vigil will be held in downtown Manteo in the area of the Creef Boathouse on Fernando Street on Monday, December 6 starting at 6 p.m. Organizers ask those attending to bring flashlights, battery powered tea lights or use cellphone flashlights, as open flames may not be used.

Those who would like to send flowers, cards or contributions may send them to the attention of Ebony Selby via St. Andrews by the Sea, 4212 S. Virginia Dare Trail, PO Box 445, Nags Head, NC 27959. A GoFundMe for funeral expenses for mother and child has been set up by Andrecia Vespa, sister of Allura’s father Von Pledger Jr. As of Monday afternoon, $5,834 of the $10,000 goal has been raised.

There is no word yet about any suspects in the case.

Sgt. Eddie Graham of the Elizabeth City Police Department stated Monday afternoon that there were no new updates and that it is still an active investigation. ECPD stated in a Friday evening press release that those with any information are urged to contact the Elizabeth City Police Department at 252-335-4321 or the Crime Line at 252-335-5555. “All information will remain anonymous and strictly confidential,” stated the release.