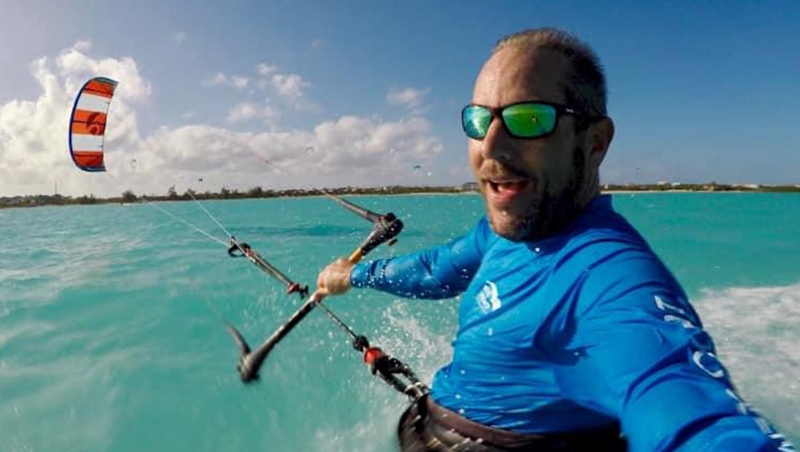 Ardent, world travelling, and loving, Charles was a passionate father, videographer and photographer, firefighter for the Kill Devil Hills Fire Department, world traveler, and avid kiteboarder. Everything for Charles led back to the water with his kite. As much as he loved the water, the mountains were also a special place for Charles. He grew up on Beech Mountain, NC and had many skiing adventures in the Appalachian Mountains as well as across the globe.

More than anything, Charles loved his children Stephanie and Griffin.

Charles co-produced a top-selling kiteboarding instructional video, “The Way to Fly,” that is still being sold today. He also created numerous brand and product promotional videos for many kite companies throughout his career and travelled the world doing so. He had a knack for directing a scene that made it all seem so easy for his subjects. His photography skills were legendary, and his images have graced the pages of more than a few publications and magazines.

Charles was a dedicated member of the Kill Devil Hills Fire Department. He previously served as a volunteer firefighter from January 2012 and rejoined as a support member on October 6th, 2020. Charles was selected by his fellow firefighters as “Rookie of the Year” in 2020, which was an incredible honor to him. He was the fire department’s resident photographer and licensed drone operator. Charles got his FAA UAS Commercial Drone Pilot’s certification on November 3rd, 2020.

A special memorial with the kiteboarding community in celebration of his life will be held in 2022, pending details. Please visit Gallop Funeral Service’s website for memorial service details.

In lieu of flowers, an education fund is being created for Griffin Ash and donation details will be made available.

A special Thank You to the Kill Devil Hills Fire Department, which was a special community for Charles. Please express condolences to the family via the online register at www.gallopfuneralservices.com. Gallop Funeral Services, Inc. was entrusted with arrangements.