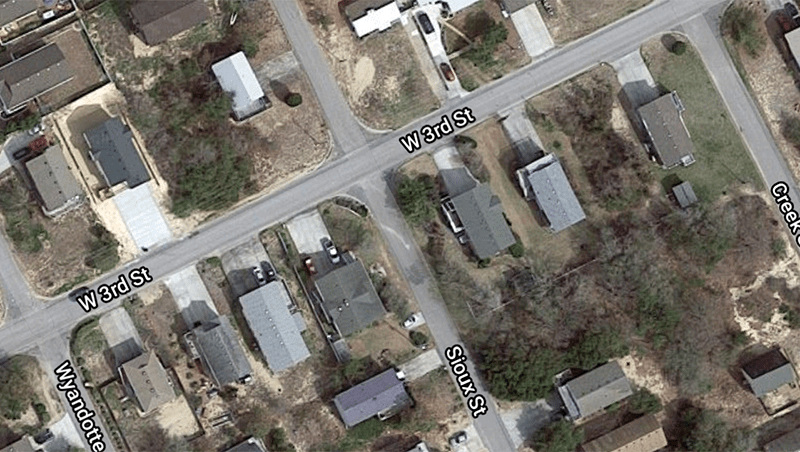 The area of the intersection of Sioux Street and West Third Street in Kill Devil Hills. Google Maps image

The Town of Kill Devil Hills has set a temporary road closure beginning at 8:30 a.m. on Wednesday, December 8, 2021 for Sioux Street at the north side of its intersection with W. Third Street for utility and roadway improvements by Fred Smith Company.

Sioux Street will remain open from the north for access to adjacent properties throughout the closure, stated the release.

The temporary road closure is scheduled to end by 4 p.m. on the same day.

Contact the Town of Kill Devil Hills Public Services Department at 252-480-4080 with any questions.