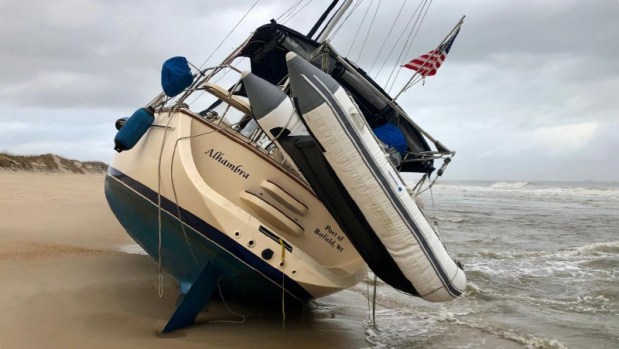 Close up view of the Alhambra Saturday morning. NPS photo 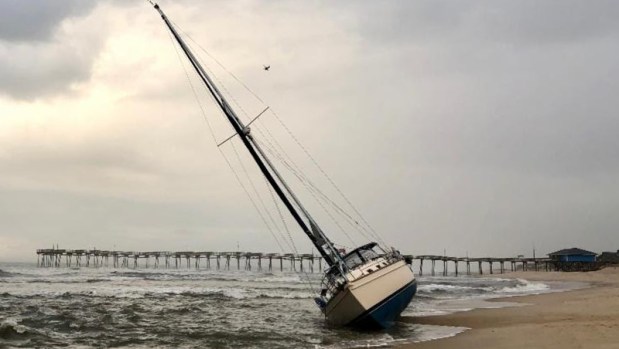 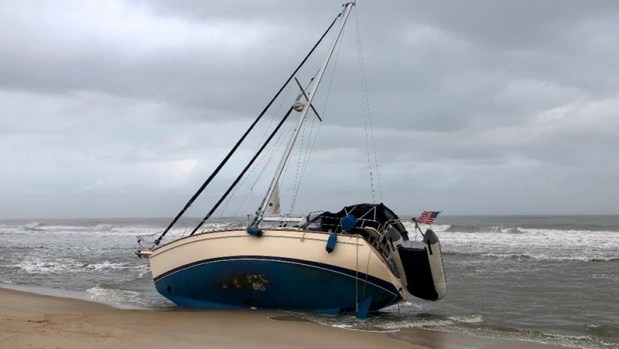 The Hatteras Island Rescue Squad responded to the scene: “Our members responded to a report of a sailboat in distress just north of the Avon pier at 3am. Upon arrival the lone Captain of the vessel was assisted on shore. The Captain was transported by the Hatteras Island Rescue Squad to a local motel for the evening,” stated a Facebook post on the rescue squad’s page.

“The National Park Service is working with the U.S. Coast Guard and vessel’s owner to remove any hazardous substances and have the boat removed from the beach,” stated a CHNS press release.

This is the third recent boat grounding along the Outer Banks. On Tuesday, December 7, the Coast Guard rescued four mariners from the Bald Eagle II, which is still grounded in Southern Shores. On Monday, November 29, the Jonathan Ryan was reported grounded along the Cape Hatteras National Seashore, near off-road vehicle ramp 48, approximately 1.25 miles southeast of the Frisco Campground. That boat safely made it back out to sea later the same day.