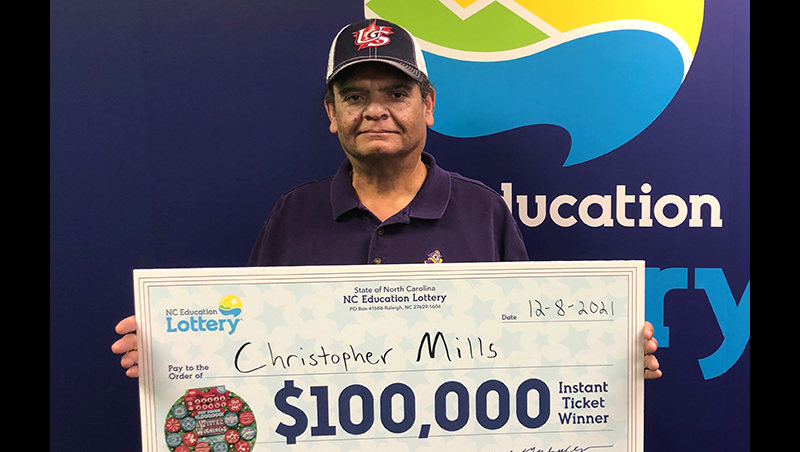 Christopher Mills, of Winterville, said he wants to help pay for his two sons’ college degrees after a $20 scratch-off ticket turned into a $100,000 win, according to a press release from the North Carolina Education Lottery.

Mills, a 59-year-old social worker, has worked for the state of North Carolina for 25 years. His twin boys are both pursuing Master of Business Administration degrees from Campbell University and they are on track to graduate next December.

He purchased his Winter Winnings scratch-off ticket from the Shell Right Way on North Herritage Street in Kinston. After Mills purchased the ticket, he scratched it in his car. When he saw he won the prize, he said he had to put his glasses on to double check the ticket.

“I thought, ‘What in the world, this can’t be right,’” Mills said. “It was unbelievable.”

Mills arrived at lottery headquarters on Wednesday, December 8 to collect his prize. After required federal and state tax withholdings, he took home $70,756.

For details on how funds raised by the lottery made an impact in 2020, visit www.nclottery.com and click on the “Impact” section.