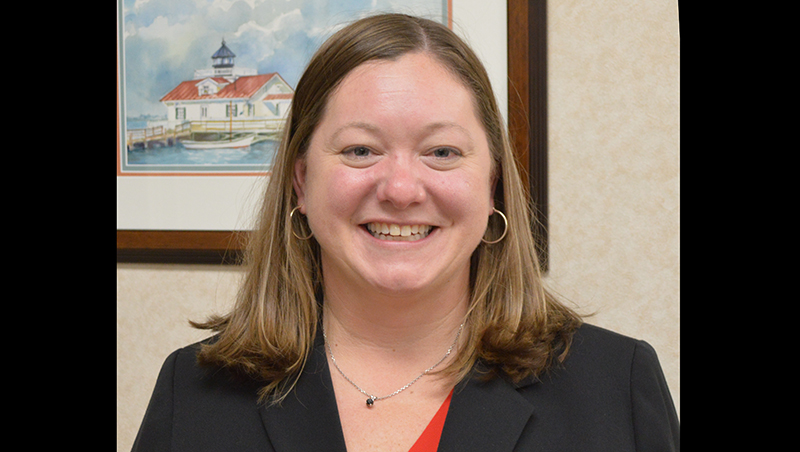 The Town of Manteo Board of Commissioners appointed Melissa Dickerson as interim town manager at its meeting on Dec. 15, 2021.

After a closed session, a motion by commissioner Ruth Stetson was unanimously adopted. The motion included a salary raise to the level of departing town manager James Ayers. The annual salary – $143,790.40 – is in place while Dickerson holds the office.

Dickerson was not in the room when the vote was taken and was fetched. When she entered the room, Mayor Bobby Owens said “Congratulations!” She told the board “I appreciate the confidence that you all are putting in me.”

Owens turned to Ayers, offered his thanks and said “you have really made a change in Manteo. You have turned it around again.”

Dickerson is currently town planner. At present, she holds both jobs.

According to the town’s media release, she has served as planner since 2017. Prior to her work at the town, she served as the state director for United States Senator Kay Hagan, a research assistant for the North Carolina General Assembly and district liaison for Congressman Brad Miller.

Dickerson is a Manteo High School graduate and has a bachelor of arts in political science from the University of North Carolina at Greensboro. She is also a graduate of the municipal and county administration program of the UNC School of Government and is a member of the International City/County Management Association.