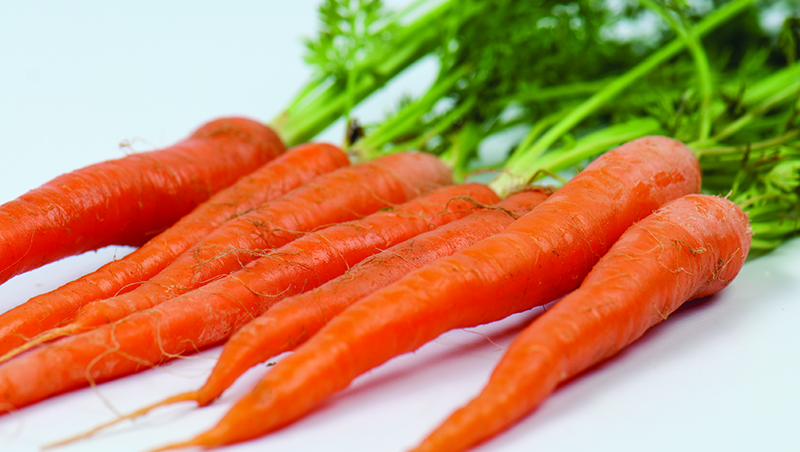 Her dad, Tom Miller, smiled and replied, “Don’t worry, honey, I’ve already put them on a clean plate near the fireplace along with the chocolate chip cookies and milk for Santa.”

The Christmas carrots were a big joke in the Miller household, since Mr. Miller was very allergic to carrots and had to put up with the jabs and jokes about his rare affliction from his wife and friends every year at Christmas time.

The allergy wasn’t funny to Tom, who broke out in a bumpy rash that itched like crazy if he took just one bite of a carrot.

It was Christmas Eve and the Millers were anxious to get Sara Sue to bed so her Dad could put the toy stove together and give his wife, Linda, time to get the rest of “Santa’s” unwrapped gifts under the tree. She also had to wrap several “requests” that Sara made and a few from aunts and uncles. Grandma and Grandpa gifts were always delivered in person on Christmas Day.

Instead of getting to work on the toy stove and gift wrapping, the Millers made the mistake of watching a “few” television programs.

Hours later when panic struck, Mr. Miller grabbed the toy stove kit from the garage and Mrs. Miller assembled and dumped the hidden presents, wrapping paper, scissors, tape and fancy name tags on the rug in the living room.

Of course, the directions for assembling the stove were impossible to understand.

To make matters worse, the puppy kept running over the wrapping paper on the floor and twice leaving with the tape holder in her mouth.

Finally, early Christmas morning, the toy stove was assembled and, along with all the wrapped gifts, lay under or near the Christmas tree.

“Did Santa come?” Sara asked excitedly from halfway up the stairway, with Bella tail-wagging by her side.

Like a huge firecracker going off near the Millers who had been peacefully sleeping on the couch, the sound of Sara’s voice catapulted them to their feet and they raced like jackrabbits toward the fireplace.

After checking the cookies, milk and carrots for their intended consumption, Sara Sue began the long and wondrous trip from present to present giggling with glee as can only a happy, starstruck child, as her Mom and Dad enjoyed every magic moment.

While enjoying her favorite egg-and-bacon casserole, Sara Sue couldn’t help but notice the chocolate smudge below her Mom’s nose and how her Dad couldn’t stop itching and twitching all though their Christmas morning breakfast.

Parents will sacrifice in many ways, large and small, for their children. They, too, are the Magi.

READ ABOUT NEWS  AND EVENTS HERE.