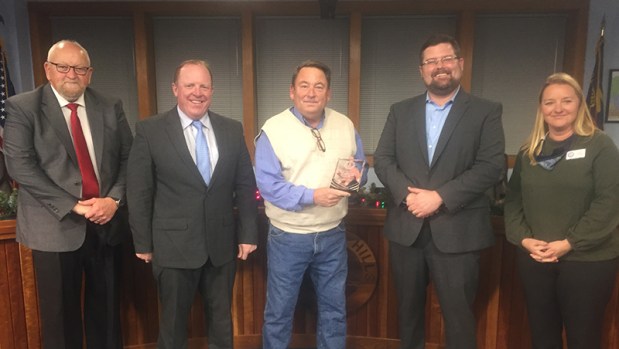 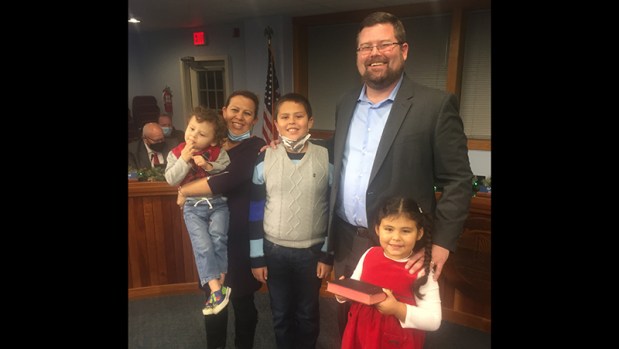 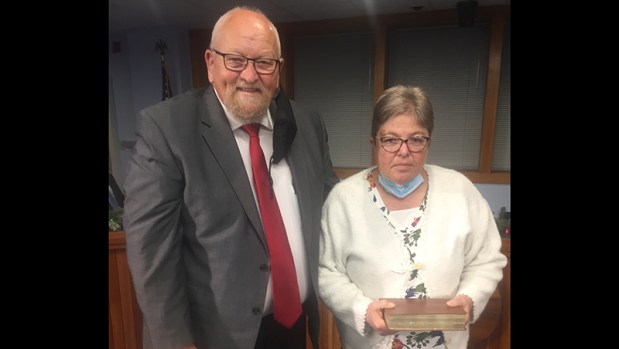 Every other year, the Community Appearance Committee gives out awards to businesses based on overall outside appearance, landscaping, parking, lighting and amenities such as picnic tables and trash receptacles.

Runners up were announced in each category, followed by the winners: Best in a Multi-Unit Complex (or strip mall) to Max’s Italian Restaurant & Pizzeria; Most Improved to Swells’a Brewing Company; and Best Overall to Professor Hacker’s Lost Treasure Golf.

Said commissioner John Windley to the Professor Hacker’s owners: “Your business has been one of the top ranking ones the last few cycles and it was a clear winner this time, not just because of how nice it looks and how well it’s kept but a real appreciation for how you keep the highest of standards with probably thousands of people circulating through that property every day. It takes a lot of work and the town recognizes that. We really appreciate it and just wanted to thank you for it.”

In other words of appreciation, commissioner Terry Gray presented a plaque of appreciation to the police department for their participation in the toy run, which provided toys to about 400 children, and an additional 200 through a local church. The organization donated $25,000 through the Dare County Center to provide toys for children at Christmas time.

Next, results of the election were announced, with all officials remaining in their positions. Mayor Ben Sproul received 490 votes and commissioners John Windley and Terry Gray received 438 and 437 votes, respectively.

Those elected were joined by their families as they were sworn in to office. Windley’s family delighted the crowd, with his young daughter holding the Bible and toddler son jabbering throughout the proceeding and giving his mother kisses.

Said Windley, “Everybody in this room has gotten a front row seat of what hard work it is being a parent. I get to serve on this board. I get to do the work to prepare for this board, and the only reason I’m afforded this luxury is because my beautiful wife is the anchor of my family and takes care of our children and gives me the opportunity to do this. And I also want to apologize to the board for what was probably the loudest moment of silence we’ve ever had.”

Next to make an announcement was commissioner BJ McAvoy, who announced his run for district court judge. “It’s a lifetime dream of mine to become a judge and after 17 years of practice on the Outer Banks, I think I’m ready and I’m certainly excited about it,” said McAvoy. “I just want to let the citizens of Kill Devil Hills know that while I’ll be campaigning for the nomination on May 17, I will continue to work as hard as ever for the town and I want to assure the people of Kill Devil Hills that I will not allow it to conflict with my duties and responsibilities in Kill Devil Hills.”

In new business, the town adopted new beach driving ordinance identical to the one recently adopted by the Town of Nags Head, as the neighboring communities work in partnership with beach driving permits.