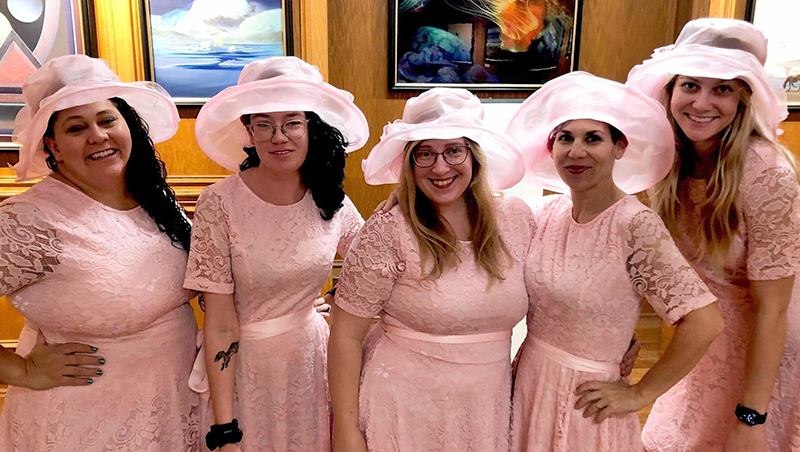 Theatre of Dare, community theater for the Outer Banks, has announced it is postponing the opening of their production of Five Women Wearing the Same Dress, scheduled to open January 6.

“Several people related to the show have tested positive for COVID-19,” said Stuart Parks, president of the TOD board of directors. “Obviously, we don’t want to put the rest of the cast and crew, as well as our audience members, at risk of being exposed.”

Plans are to move the opening to Thursday, January 13 and the theater is exploring options to continue the run January 20-23. Those who have purchased tickets for this weekend – including season ticket members – will be contacted by the box office via email.

“As with many Broadway shows that have closed or postponed due to coronavirus, we are sad to have to do this,” says Evan Tillett, director of the show. “Our intention is to move opening night to January 13 and hopefully to hold over our run through the following weekend. Ultimately we’re going to be proactive to keep everyone healthy.”

To keep up with developments on the schedule, visit TheatreOfDareOBX.com.

Theatre of Dare, community theatre for the Outer Banks, along with Dare County Arts Council (DCAC), will present Five Women Wearing the Same Dress, a 1993 comedy by Alan Ball. Sponsored by Bayside Body Shop, the play will open Thursday, January 6. “This production contains explicit content that is not recommended for children,” noted a Theatre of Dare press release.

“The old courthouse is a great location for a play like this,” said Stuart Parks, president of TOD’s board of directors. “But seating is limited. Season ticket holders will be contacted to reserve their seats and we expect the remaining spots to sell quickly. Our last show, Jacob Marley’s Christmas Carol, actually sold out before the show even opened – a first for us!”

“I saw this show a few years ago and immediately decided I wanted to direct it,” says Evan Tillett, director of the show and member of the board. “This cast has been so fun to work with, and I can’t wait for everyone to see them in action.”

The story takes place in an upstairs bedroom where five very different bridesmaids find themselves hiding together, trying to escape the ostentatious wedding reception of a bride whom, they soon realize, none of them really like. These five identically dressed women talk, laugh, argue, cry, console one another and slowly become friends.

“Theatre of Dare continues to observe pandemic protocols, so the audience will be asked to wear masks,” stated the release. “As noted previously, this play contains a good deal of adult content and may not be appropriate for children.”

For more information about the show, visit theatreofdareobx.com or contact Tillett at evantillett1@gmail.com.