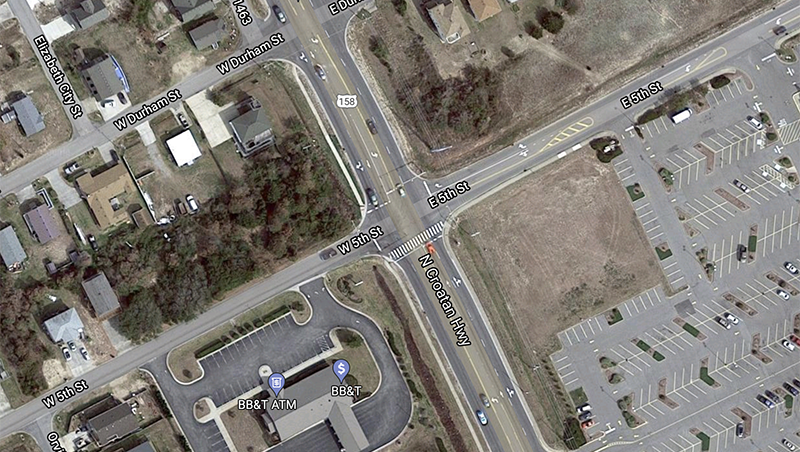 Intersection of US 158 and 5th Street in Kill Devil Hills. Google Maps image

According to KDHPD, the investigation determined that the moped, operated by Kenneth Krick, 58, of Kill Devil Hills, had been traveling southbound on US 158.

“The traffic light at 5th Street was red for southbound traffic and a Volkswagen Atlas, operated by a 38 year old male resident of Kill Devil Hills, was stopped in the southbound lane,” stated a news release from KDHPD. “Mr. Krick, the moped operator, failed to stop and collided with the rear end of the Volkswagen at an estimated speed of 30-35 mph.”

KDHPD stated that Krick suffered severe injuries from the collision and, despite all efforts by rescue personnel, died at the scene.

“The driver of the Volkswagen was operating his vehicle in a lawful manner and bore no responsibility for the collision,” stated the release.

Man sentenced to 12 years in prison for drug…