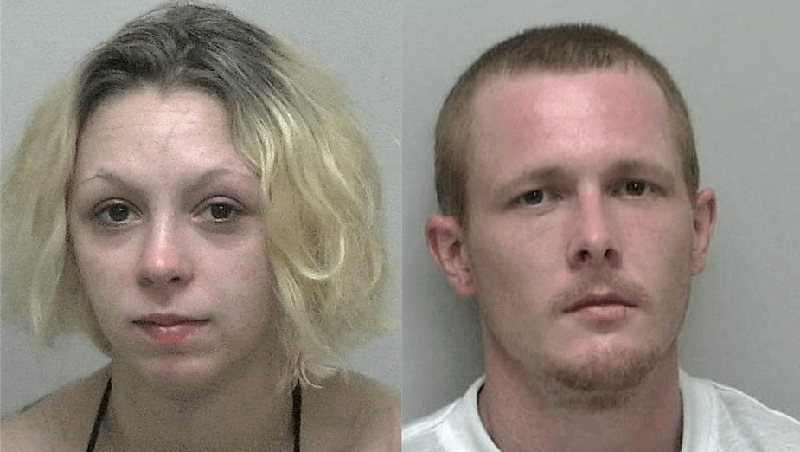 The Beaufort County Sheriff’s Office reported that on January 6, 2022, investigators with the BCSO Drug Unit arrested Karly Gurganus, 24, and Michael Bray, 31, both of Washington, on charges related to trying to smuggle drugs into the Beaufort County Detention Center.

According to the BCSO news release, their arrest stemmed from investigators receiving information that Gurganus, who was confined in the Beaufort County Detention Center, was trying to get heroin smuggled in. “Knowing the dangers of heroin laced with fentanyl and overdoses, Investigators immediately notified the Detention Center,” stated the release.

“The Detention Center received under clothing for Gurganus that was from Bray. The Detention Officer’s searched the clothing and found a quantity of heroin sewed in side a piece of clothing,” stated the release. “After finding the heroin in the clothing, Investigators executed a Search Warrant on Bray’s residence and found a plastic bag containing 2 grams of heroin.”

“If these dangerous drugs would have entered my jail they would have been distributed to other inmates with a potentially devastating outcome of hospitalizations and possible overdose deaths,” stated Sheriff Ernie Coleman. “The cost in lives and monetary cost to the tax payers would have been long lasting. This is just one sample of how my Drug Unit works in Beaufort County to reduce the carnage that drugs have had on our society.”