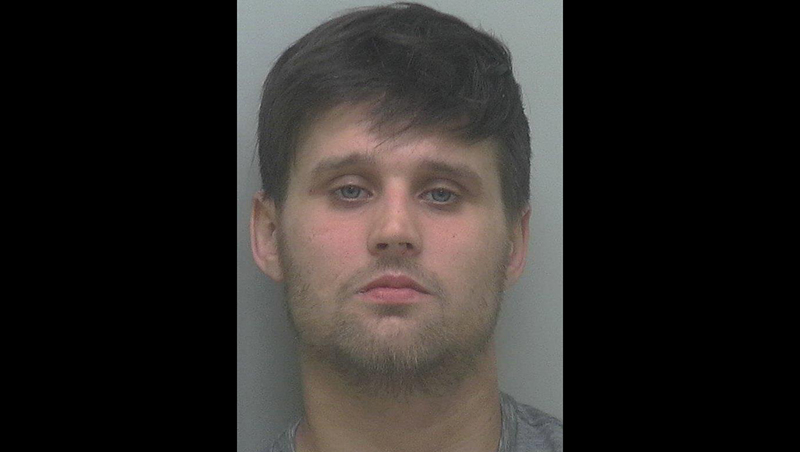 A Washington, North Carolina man was sentenced Wednesday, January 26, 2022 to 240 months in prison for the distribution of fentanyl and an associated firearm violation, according to a press release from the U.S. Attorney’s Office, Eastern District of North Carolina.

According to court documents and other information presented in court, Holcomb sold counterfeit Xanax and Oxycodone pills across the country on the dark web. “Using a high-capacity pill press, Holcomb and others used fentanyl and mixing compounds to mimic the effects of the narcotics,” stated the release. “In January 2020, the United States Postal Inspector intercepted several suspicious packages coming from the Washington area. Each similarly wrapped package contained blue pills which were made to appear as Oxycodone but contained only fentanyl.”

According to the release, by March 2020, the Beaufort County Sheriff’s Office and the Drug Enforcement Administration discovered that Holcomb’s home in Washington was the source of these packages. That month, investigators took Holcomb into custody and seized several bags of fentanyl; over 1,500 counterfeit pills containing fentanyl; a 3D printed firearm and silencer; a high-capacity pill press; several electronics used to access the dark web and multiple cryptocurrency hardware wallets from Holcomb’s home.

“In handing down the 20-year sentence, Chief Judge Richard E. Myers II noted the danger posed by using fentanyl in counterfeit pills and its contribution to the on-going opioid epidemic,” stated the release. “After extensive interactions with the State criminal justice system, Holcomb faced the serious consequences associated with these lethal narcotics in the Federal system.”