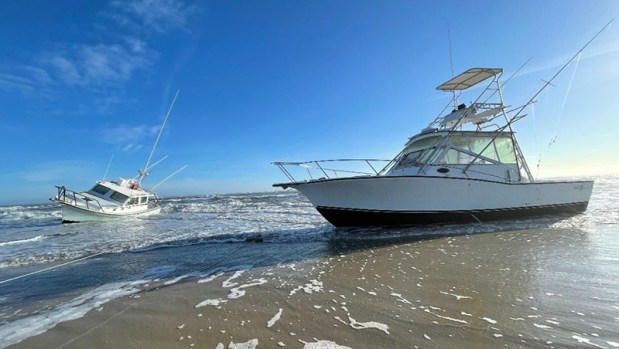 The Reel Lucky, left, and Bite Me sit grounded on the beach near Oregon Inlet on Feb. 3, 2022. NPS photo 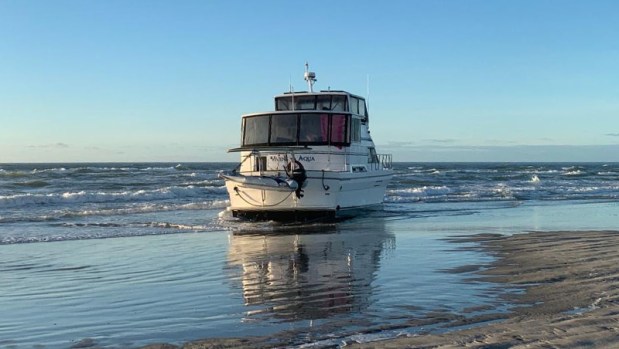 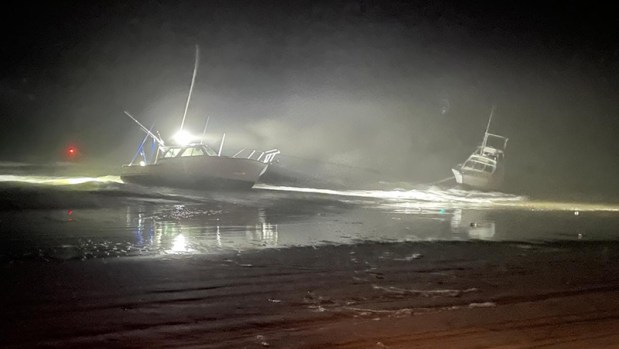 Three vessels in 10 days have grounded on beaches at Cape Hatteras National Seashore. In all three cases, all on board each of the vessels made it safely to the beach without any reported injuries.

CHNS provided a recap of each grounding incident and the status of removal for each vessel.

On Tuesday, Jan. 25, a 55-foot-long vessel named the Vivens Aqua, registered in Maryland, grounded near the south end of Ocracoke Island after attempting to navigate Ocracoke Inlet. After several attempts to remove the Vivens Aqua failed, all fuel oil was removed from the vessel.

The Vivens Aqua remains on the beach and there have been no attempts to remove the vessel over water in the last couple of days, CHNS reported Thursday. The owner of the vessel has been in contact with his insurance company and a salvage company and continues to stay in touch with Cape Hatteras National Seashore. Once a salvage plan is presented, the National Park Service will review it and determine if a special use permit can be issued for removal attempts using a different method.

The vessels reportedly bumped into each other a few times during the grounding incident. All five passengers on board the vessels – two on Reel Lucky and three on Bite Me – made it safely to shore.

CHNS reported Friday afternoon that one vessel had been removed earlier in the day and the other was anticipated to be removed by the end of the day.