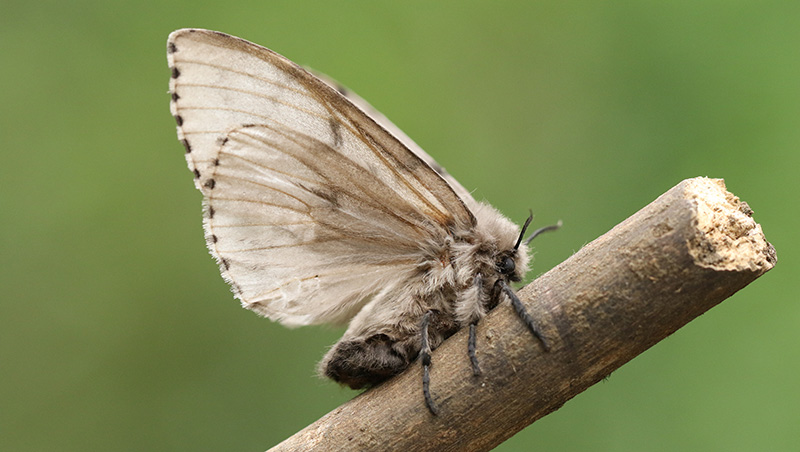 The North Carolina Department of Agriculture and Consumer Services is seeking input from residents and other interested parties in Currituck and Dare counties concerning planned treatment activities for the non-native, highly destructive gypsy moth.

The first treatment block is in Currituck County and continues north into Virginia. In 2020, NCDA&CS trapped 482 male moths in this 311-acre block. In 2021, that number increased to 852. One application of a mating disruptor is proposed for this block in May or June.

The second proposed block is 1,933 acres and is also in Currituck County. In 2020, NCDA&CS did not find any male moths in this block. In 2021, that number increased to 23. One application of a mating disruptor is proposed for this block in May or June.

The third proposed block is 3,168 acres and is in Dare County. In 2020, NCDA&CS trapped two male moths in this block. In 2021, that number increased to 27. One application of mating disruptor is proposed for this block in May or June.

The impact of a gypsy moth infestation varies year to year. Defoliation of trees by gypsy moths ranges from barely noticeable to devastating, depending on population density, tree health and weather conditions. For hardwood species such as oak, mortality of trees in fair or poor health or those stressed by drought or frost can occur after two consecutive years of defoliation. Trees that are in good condition will grow new leaves later in the season but are forced to use food reserves intended for the next season. Reduction in tree food reserves reduces their ability to withstand future defoliation or stress.

Gypsy moth defoliation increases a tree’s susceptibility to secondary pests such as wood boring beetles and fungi. Older gypsy moth larvae attack conifer species, such as pine, resulting in tree mortality after just one year. The economic burden of a severe gypsy moth defoliation can be great when homeowners are faced with large, dead yard trees that must be removed.

NCDA&CS  noted that gypsy moths can also be a nuisance to the general public and, in heavily infested areas, caterpillars may crawl on driveways, sidewalks, outdoor furniture, into homes or end up in pools. Heavy defoliation can affect parks and recreation areas. Some people can have allergic reactions to the tiny hairs of the caterpillars if inhaled.

Options for dealing with gypsy moth infestations include aerial spraying of gypsy moth mating disruptors. Trapping grids will be used to evaluate the effectiveness of these treatments.

NCDA&CS has addressed spot introductions of the gypsy moth in several areas across North Carolina since the 1970s.

The department is working with nine other states through the Gypsy Moth Slow the Spread Foundation and with other state and federal agencies to reduce the expansion of the gypsy moth into uninfested areas of the country.