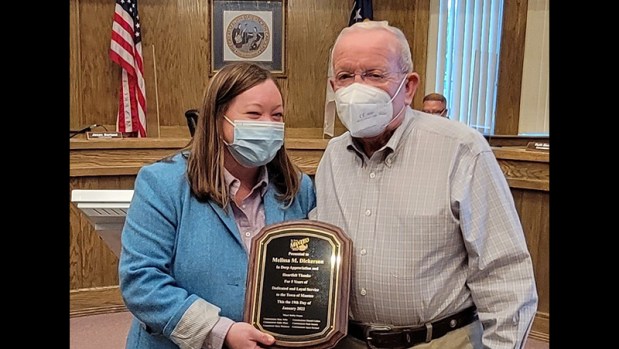 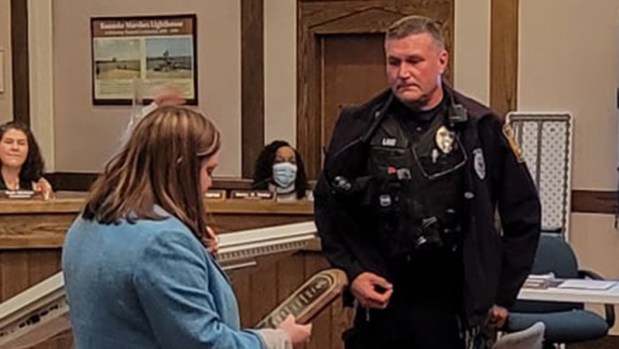 Twiddy told the board that three tax revenues were up substantially: sales tax by 15%, land transfer tax by 6% and local occupancy tax up by 10%.

She reported that the Davis Lot project expenditure can be absorbed by this increased tax revenue without dipping into the town’s fund balance.

A budget amendment was adopted allocating $115,500 for the project. Then a construction contract for $105,500 with Hatchell Concrete, Inc. was approved at the board’s mid-month meeting on Jan. 19, 2022.

The board’s second meeting of the month begins with reports delivered by staffers directing departments. The reports are for the month of December.

Waterfront Operations: The Youth Sailing Camp starts June 14. Applications are now available. The town’s marina was awarded, for the second year in a row, the Boater’s Choice Award in December 2021 and a new award came from Elite Fleet.

Seven transient vessels, staying about three nights each, docked at the marina in December. Two boats are “wintering” in the marina, increasing revenue.

Community and Economic Development: December was busy with major events in the town, including the Christmas tree lighting, the Christmas parade, Santa ride and Midnight Magic. Michele Bunce thanked the Special Events Committee for terrific assistance.

During the next six months, the Downtown Associate Community will be working toward Main Street goals and objectives.

Water and Sewer had a “routine month.” For the water operation, a new irrigation meter was installed; a meter box was repaired or replaced; two radio units were replaced and two repaired; 14 meters required troubleshooting and 14 meters were reread; nine hydrants were inspected and nine were painted; service locations were required 21 times; three connections were inspected.

Police Department: Two officers completed mandatory firearms training. The department’s food and coat drive was a success. With a contribution, the department was able to purchase 58 coats. For December 2021, the department responded to seven accidents, made seven arrests, issued 62 citations, launched 15 investigations; issued one ordinance violation and 20 warning tickets.

Information Technology: Carl Woody gave a briefing on QR phishing as part of the town’s cyber security program. Woody also demonstrated the new kiosk that will be installed in the next month at the lighthouse. The kiosk is loaded with information about the lighthouse. New kiosks will also be installed at the Maritime Museum and Cookhouse.

Interim town manager Dickerson reported on Exeter Street in response to a complaint about parking on the east side of the street. A speed trailer was deployed from Dec. 9 through Dec. 17 on the street and results compared with other streets. Exeter had the lowest vehicle count and the lowest average speed. In addition, an area created on-street parking for Dare’s Department of Health and Human Services renovation project was cleared.

The Bowsertown Affordable Housing Project is a project of Dare County, which requested hookup to the town’s wastewater treatment plant. Manteo commissioners said no. Mayor Bobby Owens will talk to Bob Woodard, chairman of the Dare County Board of Commissioners.

Manteo commissioner Jason Borland said, “I felt like something was missed.”