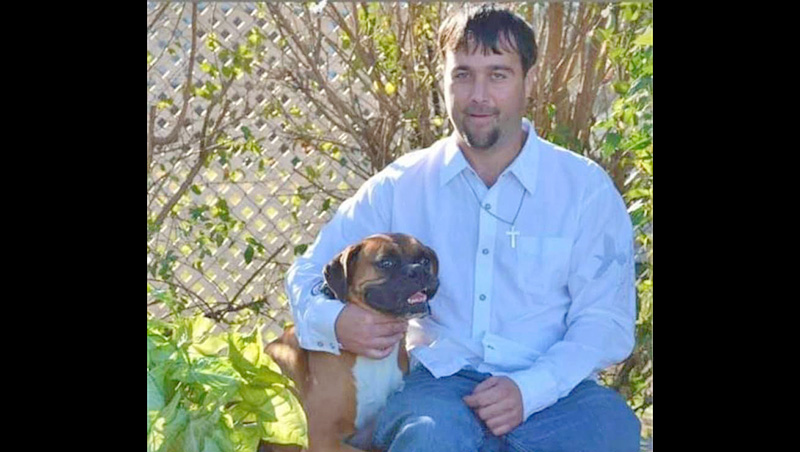 Ryan Thompson Marshall, 41, of Swan Quarter went on to his eternal home on February 6, 2022. Born on June 5, 1980, and raised in Swan Quarter, North Carolina. Ryan was the oldest son of Samuel S. Marshall Jr. and Tonie Thompson Marshall. He graduated from Mattamuskeet High School in 1998 and grew up in Swan Quarter surrounded by his loving family including a special group of cousins and many friends.

Ryan had a beautiful soul, a sharp wit and keen sense of humor. He loved his family beyond measure and was never happier when surrounded by them and his many friends. Ryan was a son, a brother, an uncle, a cousin, and a friend to so many.

Ryan was a music man and loved playing the guitar, singing, and enjoying music. He loved playing for his loving nephews and with his brother, with his cousins, and with all of the special friends he gained along his path playing music together.

Ryan was a talented mechanic and loved fast cars and Harley Davidsons. He began his career at Swan Quarter Exxon, lovingly referred to as Pat’s. He later built his own shop but returned to Pat’s as the owner and operator, renaming the station Ryan’s Garage. Ryan enjoyed helping others and became a friend to many through his work there.

A celebration of life will be held for Ryan on Thursday, February 10 at 1 p.m. at the Swan Quarter Community Park, 56 Landing Road, Swan Quarter. Pastor Mike Wheeler will be officiating. The family will receive friends immediately following the service. A private inurnment will take place at a later date.

Ryan is survived by his parents Samuel S. Marshall Jr. and Tonie Thompson Marshall of Swan Quarter, a brother George Barret Marshall, a special sister-in-law Mallori Swain Marshall of Belhaven and two beloved nephews, Thompson and Huxton. Ryan is also survived by many beloved cousins to whom he served as more of a brother and by an extended family that will miss him dearly.

Ryan grew up in the Calvary Presbyterian Church in Swan Quarter where he was baptized at the age of seven. This is where Ryan fell in love with the Lord. He had a strong faith and a great love for the Lord which he carried with him and shared with those he knew.