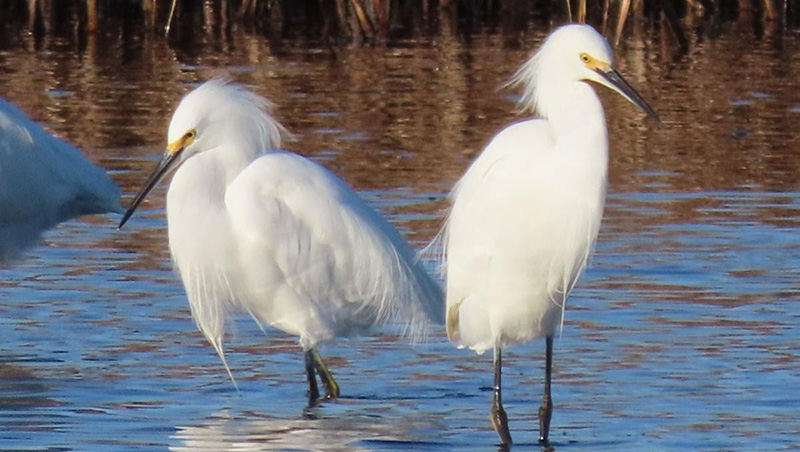 In the late 1800s and early 1900s, the woman’s hat industry was in the process of plucking snowy egrets out of existence, stated a photo release from USWFS.

“There was such a demand for egret feathers to adorn hats that no concern was given to protecting the species. Fortunately for egrets and other plume-hunted birds, legislation was passed that protected them from further eradication and they escaped extinction,” stated the release.

The pair of snowy egrets shown below were recently photographed at the Pea Island National Wildlife Refuge.

Knights of Columbus disperse more than $10k at LAMB…