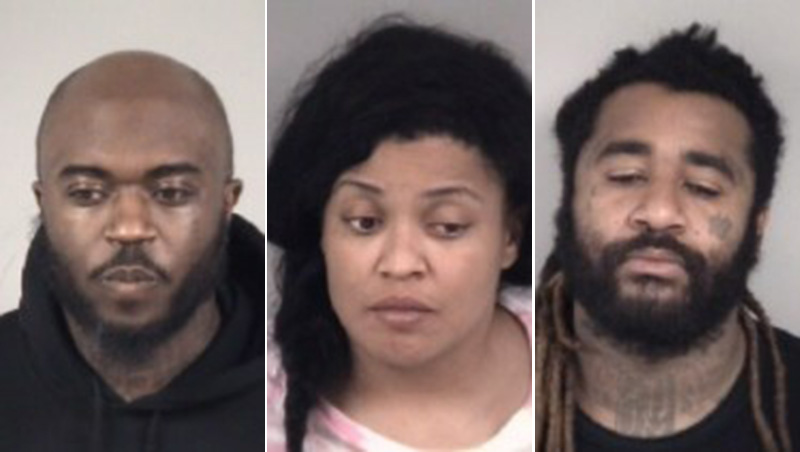 Three people have been arrested after an investigation which determined they were trafficking a teenage girl for sex, authorities said.

The Cabarrus County Sheriff’s Office said in a news release that it joined Homeland Security Investigations in an operation in the area of Concord Mills. The agencies used an escort service website to find potential underage victims of human sex trafficking, according to the news release.

The sheriff’s office said detectives found the minor in the company of three adults who were not related to her. It was determined the three were using the 15-year-old girl to profit from sexual acts, the news release said.

Charges were filed against Erica Cheeks, 34; Walter Ardrey, 40; and Keith Henderson, 32, the sheriff’s office said. All three are from Charlotte, and they are placed in the Cabarrus County jail under $750,000 secured bond apiece. Attorneys for Ardrey and Henderson didn’t immediately respond to phone calls seeking comment on Friday. Cheeks waived her right to a court-appointed attorney and it wasn’t known if she had retained one.

The sheriff’s office also discovered that Henderson was on post release supervision for violent crimes he had been convicted of in a neighboring state.