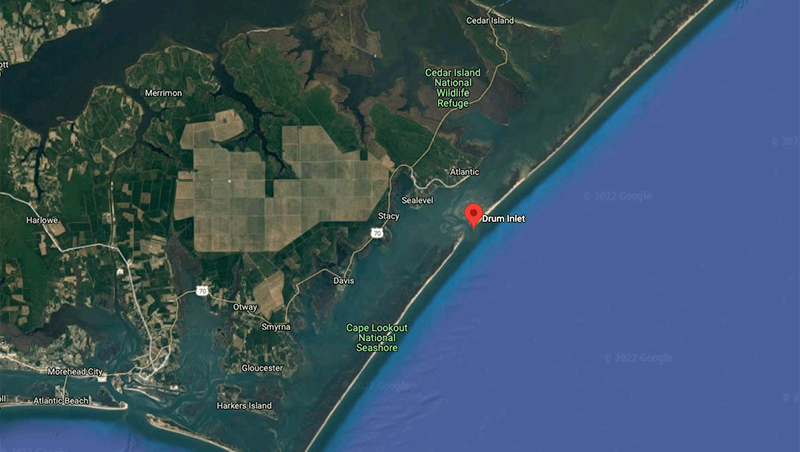 Crews are searching the ocean off North Carolina on Monday after finding a debris field where a small plane carrying eight people went down a day earlier, the Coast Guard said.

Watchstanders received a report of a possible downed aircraft about 4 miles (6.4 kilometers) east of Drum Inlet from a Marine Corps Air Station Cherry Point air traffic controller Sunday, the Coast Guard said. The air traffic controller reported that the aircraft was behaving erratically on radar, then disappeared from the screen.

“Our prayers and deep concerns go to the families and loved ones of the passengers,” North Carolina Gov. Roy Cooper tweeted Monday afternoon. “We’re grateful for the people in our state and local agencies who are supporting the efforts of the Coast Guard and other first responders.”

The single-engine Pilatus PC-12/47 crashed into the water approximately 18 miles (29 kilometers) northeast of Michael J. Smith Field in Beaufort, North Carolina, about 2 p.m. local time Sunday, according to an email from the Federal Aviation Administration on Monday. A preliminary accident notification on the FAA’s website noted that the aircraft “crashed into water under unknown circumstances.”

FlightAware listed a departure for that plane from Hyde County Airport at 1:35 p.m. Sunday and noted it was last seen near Beaufort at 2:01 p.m. A total of eight people were aboard, the Coast Guard said in a statement.

The National Transportation Safety Board tweeted Monday that it is investigating the crash.

Dare planning board dates for 2023 approved at brief meeting