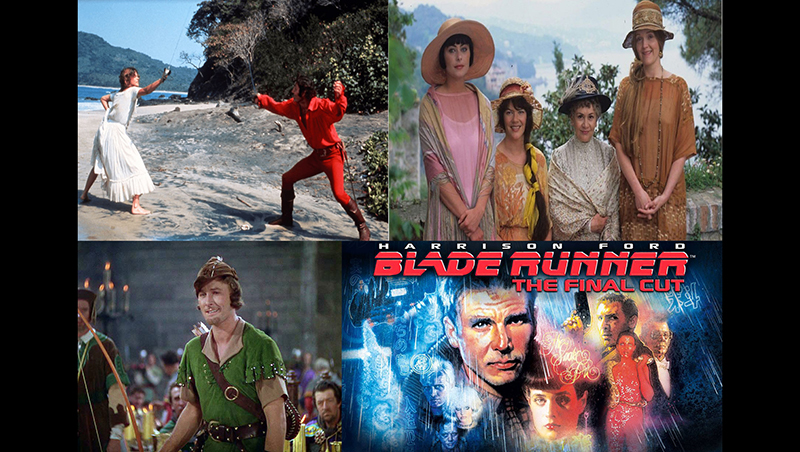 Grab your popcorn, find a seat and sit back and enjoy “Four Sundays, Four Films” brought to the big screen by the Bryan Cultural Series.

Featuring unforgettable performances, the movies will be screened on Sunday, February 20 and 27 and March 6 and 13. With a brief multi-media introduction from Dr. Chris Palestrant, professor of music composition at ECSU, the film fest will provide a way to see classic movies the way they were intended – on the silver screen.

Selected by Palestrant, the movies are, “. . . four of his favorites. Two beloved classics and two overlooked gems that must be seen on the big screen,” he said.

With commentary from Palestrant, he promises, “Peeking behind the curtain at these movies makes them ten times as much fun.“

Film score discussion and a “peek behind the curtain” with Palestrant will be at 4 p.m. Movies will be screened at 4:30 p.m.

Support for this event is provided by TowneBank of Currituck, Village Realty, Ramada Plaza Hotel of Kill Devil Hills and Hilton Garden Inn of Kitty Hawk.

The Bryan Cultural Series is a non-profit organization formed in 2012. “The board of directors is composed of nine community leaders dedicated to offering a series of high quality cultural events,” stated the release. “These events will include a variety of visual, literary and performing arts. The board strives to glean from talent that has attained regional as well as national recognition to maintain a high standard.”

Project Glam Girls boutique to be held this week