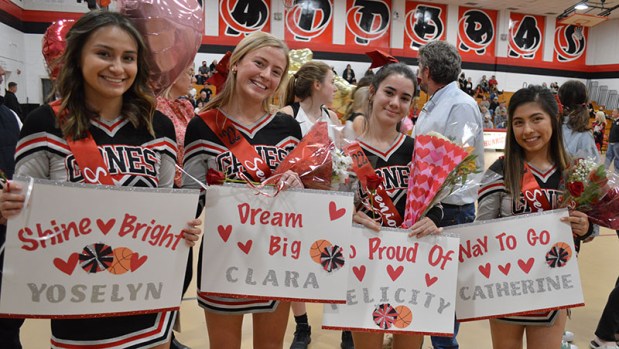 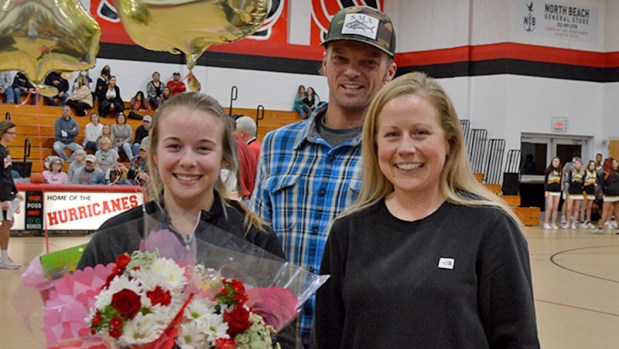 Emma Del Monte was saluted at Senior Night at Cape Hatteras Secondary. She is the only senior on the Cape Hatteras varsity girls basketball team in the 2021-22 season. She has played basketball for two years and softball for four years. She is accompanied by Jeffrey Del Monte and Erin Del Monte. M.H. Goodloe-Murphy photo 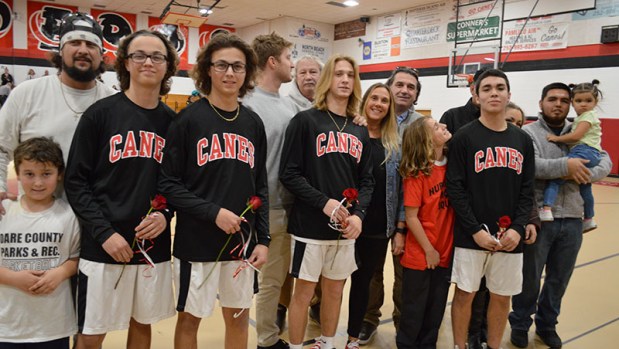 These four seniors tried something new for the last year of high school. The quartet decided to be cheerleaders.

Felicity Quidley wrote about her favorite memory, which was “the entire season, watching everyone step into practice having no clue what we were doing, and continuing to push through the hard times and grow into better cheerleaders.”

The favorite memory for Clara Jane Oden was “getting our uniforms. First game home.”

Three of the seniors had played volleyball: Gabriel for four years; Quidley for two; Guevara for three. Oden participated in marching band and dance.

Only one senior is on the 2021-22 Cape Hatteras girls varsity basketball team, Emma Del Monte. She’s played basketball for two years and softball for four years. She plans to attend Pitt Community College and major in emergency medical science. She also plans to start her own inshore charter fishing business.