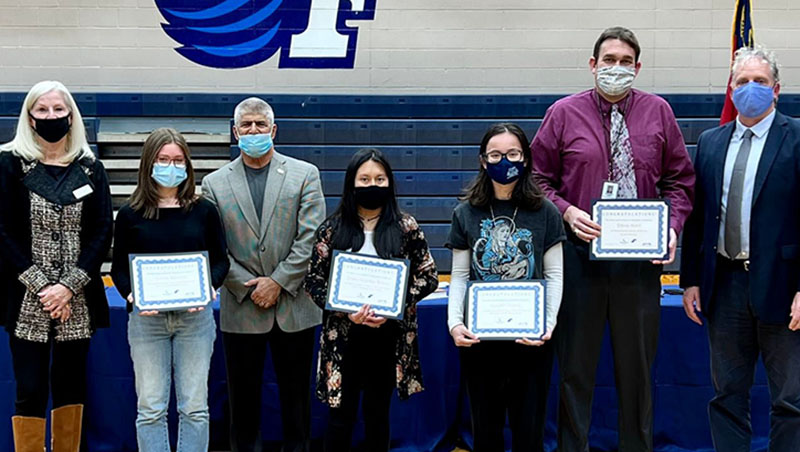 Each student received a certificate from Vice Commander Richard Probst as well as a monetary prize for their winning entries as part of the nationwide scholarship program the organization runs each year.

Benton’s essay also earned an award at the district level.

Journalism advisor Steve Hanf also was named the VFW post’s teacher of the year for encouraging his students to enter this contest each year and promoting civic engagement.