Corolla wild horse euthanized, buried ‘in a quiet place right where he lived his entire life’ 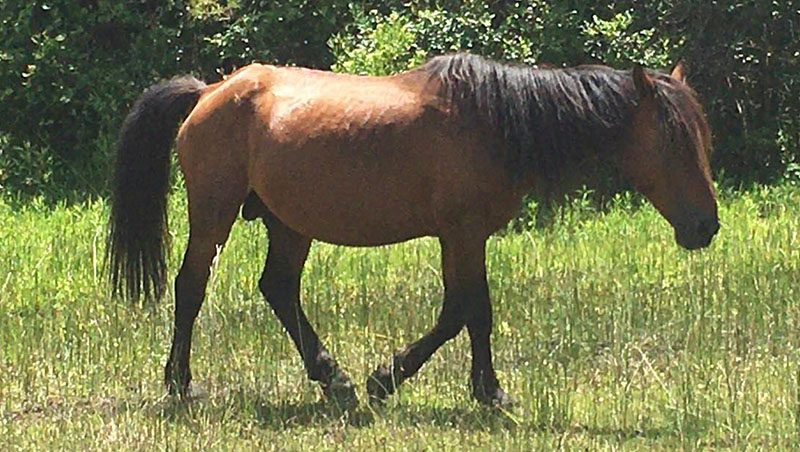 One of the Corolla wild horses has been euthanized, according to the group that helps protect them.

The Corolla Wild Horse Fund said on its Facebook page on Sunday that its veterinarian euthanized the stallion, named Tyler, last Tuesday.

According to the organization, the horse was in its mid-20s and had been under observation by staff members as well as the veterinarian. It was clear that the horse was approaching the end of its life, the post said.

The horse “went down somewhere we could spot him,” according to the post, which also said he was buried “in a quiet place right where he lived his entire life.”

The Corolla Wild Horse Fund manages the herd of wild Spanish mustangs that roam on the northernmost portion of the Outer Banks, and it works to preserve the land in Currituck County as a permanent sanctuary for the horses.