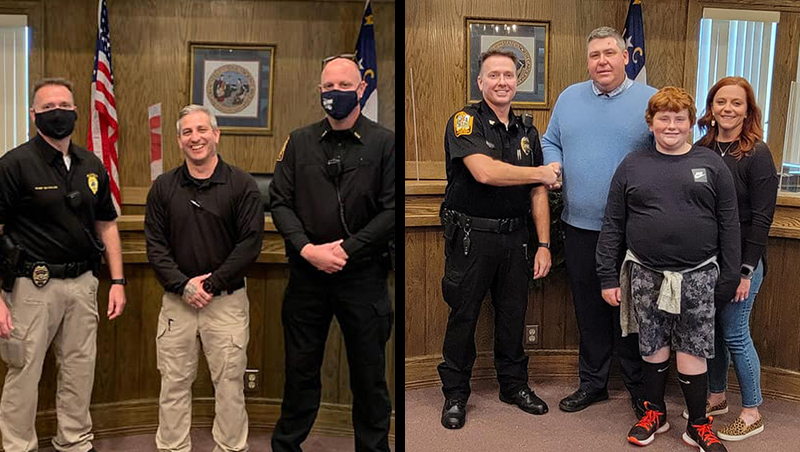 Three officers attended additional trainings: one about internal affairs investigations, another about interview and interrogation and the third about RADAR operator at the Nags Head Police Department.

For Community and Economic Development, Michele Bunce told the commissioners that the board will be required to consider the draft Downtown Associates Community Economic Development Implementation Plan prior to the town becoming a North Carolina Main Street. She is working with various groups who hold third-party special events in the town and updating the Discover Manteo event calendar.

Waterfront Operations: Volunteers made repairs on floating docks. Based on bookings, it’s looking like a good summer. Already, 25 kids have signed up for the summer sailing program. Four transient boats docked in Manteo in January. Two reservations were canceled due to weather.

Water Department: During January, one meter box was repaired and one radio unit was replaced; four meter leaks were repaired; a dozen meters had troubleshooting; a dozen meters were re-read; 27 location requests were made; and two connection inspections conducted.

Sewer Department: During the month of January, the department employees conducted three video sewer laterals; cleared one lateral blockage; responded to 27 location requests. During the month, 278,000 gallons of sludge were removed from the wastewater treatment plant in a biannual cleaning and original bearings were replaced.

Public Works: New Year’s Eve preparation included assembling a new stage at the Christmas tree lot; placing barricades and vehicles in designated areas; setting up fire pits; and installing “no parking” signs along designated streets. Under general operations, the crew removed all Christmas decorations, removed a pylon from Edward’s Landing Boat Ramp; opened a clogged culvert with help from the Water and Sewer department; assisted Information Technology with a camera at Queen Elizabeth and Fernando.

Planning: Melissa Dickerson met with the contractor for the Westside Stormwater project. Ditches are in unincorporated Dare County and the town is working with Dare County’s Soil and Water Conservation District to get the ditches cleaned out. On the comprehensive plan, the next public meeting will be an open house March 14 from 4 to 7 p.m.

Public comment came from Tim Peeple, who was excited about the downtown projects, but asked for help with all the parked pickup trucks. Regarding Salt Meadows Landing, he suggested looking at the ratios and bonuses. The traffic study is not done.

The commissioners voted to go into closed session. When the board emerged, Jason Borland made the motion the hire Dickerson as the Manteo town manager at her current salary and with the same benefits as the previous manager. The motion was passed unanimously.

Dickerson will take her oath of office at the Manteo Board of Commissioners meeting set for 6:30 p.m. on March 2, 2022.

The board also passed the draft budget for the government-education channel, which is the same as the previous year.