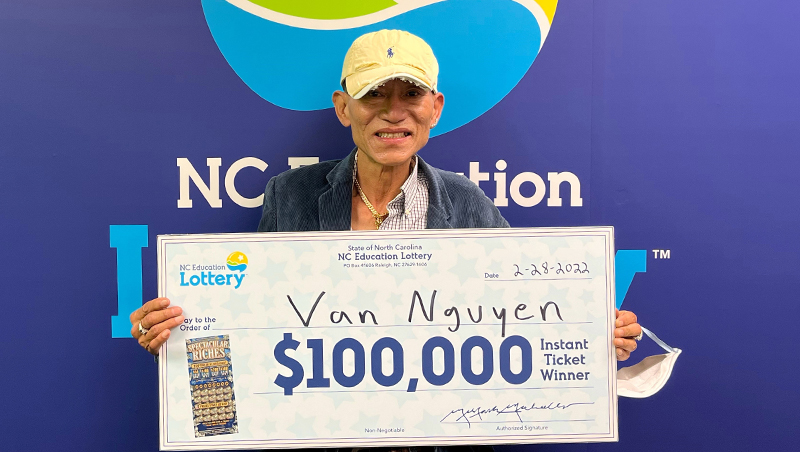 The North Carolina Education Lottery has reported that Van Nguyen, of Elizabeth City, took a chance on a $25 scratch-off ticket and won a $100,000 prize.

“Nguyen bought his lucky Spectacular Riches ticket from the Park N Shop on Weeksville Road in Elizabeth City,” stated a press release from NCEL about the Pasquotank County man’s win. “Nguyen arrived at lottery headquarters Monday to collect his prize and, after required state and federal tax withholdings, took home $71,017.”