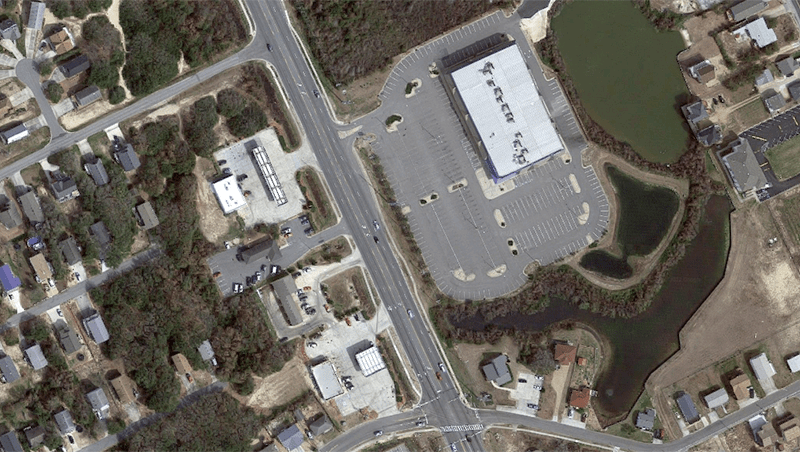 The area of the 1800 block of N. Croatan Hwy. in Kill Devil Hills. Google Maps image

The Kill Devil Hills Police Department has reported it is investigating a fatal collision involving a bicyclist and a motor vehicle that occurred Thursday, March 3, 2022 at around 7:56 p.m. in the 1800 block of N. Croatan Highway (US 158).

According to a KDHPD media release, Dare County EMS and the Kill Devil Hills Fire Department arrived on scene and attempted life-saving measures.

The driver of the vehicle involved – a 2019 Chevy Spark – was still on scene and provided a statement to police.

“Certain details of the crash are still under review at the time of this release, but the preliminary investigation has determined the following: The Chevy Spark was southbound on US 158. The bicyclist crossed three lanes of travel (from East to West across US 158) and entered the fourth lane into the path of the Chevy Spark and they collided,” stated the release.

According to KDHPD, the decedent was identified as Robert A. Doak, 52, of Kill Devil Hills.