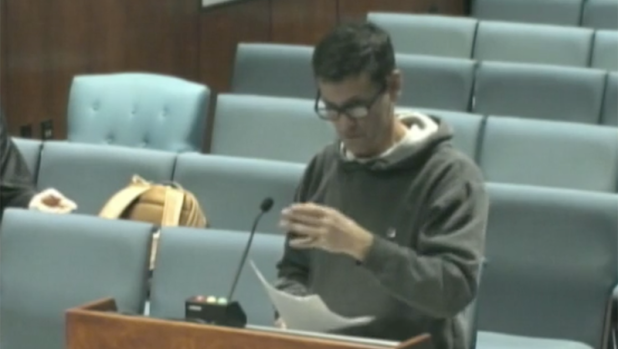 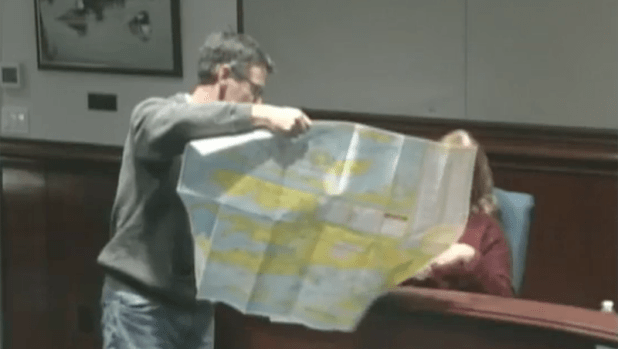 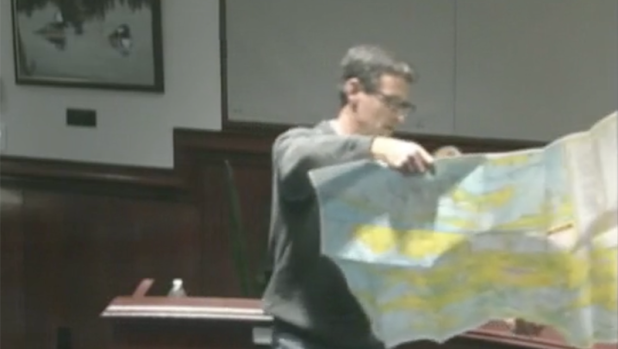 Currituck commissioners gathered February 21 for the second monthly meeting to discuss striper quotas and hear from the community.

Vice Chairman Paul Beaumont added an item to the agenda – to discuss the possibility of writing a resolution supporting striper fishing. Commissioners heard a presentation from Reese Stecher, a fisherman who divides his time on the water in Currituck and Manns Harbor.

Stecher said that the Marine Fisheries Commission (MFC) is considering a moratorium on striper fishing to address a collapsing population. A striper fisherman since 1997, Stecher said that the last five or six years have been “really good fishing” and if the MFC wants to correct a problem, they need to start by creating a more equitable quota between the Albemarle Sound region – which comprises Currituck, Dare, Pasquotank, Perquimans and Tyrrell counties – and the Roanoke Rapids management area, which serves only the City of Roanoke Rapids. “It’s like comparing a basketball to a pencil line,” he said.

According to Stecher, last year, the Albemarle Sound area was 4546 pounds under their quota, while Roanoke Rapids in one week caught 14,742 pounds over their quota.

“We’ve been getting the short end of the deal for 23 years,” Stecher said. “We need to be able to fish. [Roanoke Rapids is] getting half of it and they’re going over.”

Commissioners agreed to write a resolution in support of striper fishing and mentioned that they can contact representatives in Raleigh for support.

In other meeting news, Denise Fallon, principal at JP Knapp Early College High School, spoke during the public comment portion of the meeting to encourage applicants during the recruitment period. Last year, 86% of students who graduated from JP Knapp earned an associate’s degree through College of The Albemarle. Though recruitment is focused on graduating 8th graders, Fallon said that other incoming students from a similar program are encouraged to apply. The target demographic for JP Knapp is students who are the first to attend college in their families, English learners and those from a lower socio-economic background, though Fallon stated that all interested students may apply. The school has a capacity of 350 students, though this year enrollment is only at 257. “It’s a great school. I encourage students to apply,” Fallon said.

Next, Barbara Snowden spoke on the stabilization of the historic jail. “The next step is the restoration of the jail,” she said. Though the commissioners are tasked with determining the future of the jail, Snowden encouraged community members to share their ideas for the future of the historic space. “What could be done with this building?” she asked.

In his county manager’s report, Ike McRee updated the board on the Paradise Homes cleanup effort. The county is approaching resolution to the community eyesore and currently has, to McRee’s surprise, bids on eight of the nine manufactured homes through govdeals.com, totaling $68,000. Only one home did not receive a bid, which, according to the county manager, is already collapsing to the ground. Once the sales are completed, new owners have 30 days to remove the units from the property.