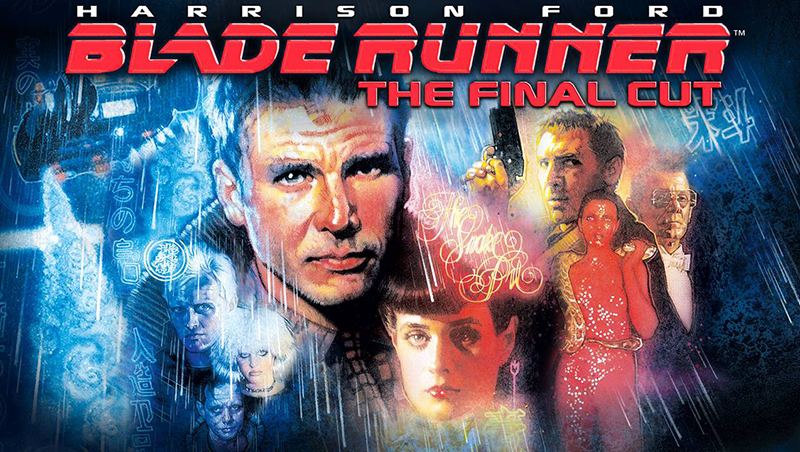 There will be an introduction and discussion of the movie by Dr. Chris Palestrant, professor of music composition at ECSU. A press release from the Bryal Cultural Series about the screening calls Blade Runner: The Final Cut “a must see film, ideal for students of film and science fiction.”

“When it was released in 1982, Ridley Scott’s Blade Runner was a visually stunning yet disturbing movie that envisioned a 21st century Los Angeles of skyscrapers soaring to the sky while people lived in the squalor of poverty beneath them,” states the release. “Into this dystopian world of power, wealth and privation, come four replicants, androids who are exact copies of human. The replicants have escaped from their planetary colonies where they are forbidden to leave. The task of tracking them down and destroying the them falls to Blade Runner Rick Deckard – Harrison Ford.”

The film is based on the Phillip K. Dick short story “Do Androids Dream of Electric Sheep” and asks questions about what it means to be human and who gets to define those qualities.

“The 1982 theatrical release was not the film that Scott or his star Ford wanted,” states the release. “At that time, Warner Brothers, the film’s producer and distributer, was concerned that the movie was too bleak and dark in its vision of humanity and that audiences would not go to see the movie. As a consequence, the plot was at times hard to follow and the movie ends on a far more optimistic note than had been in the original script.”

The 2007 “Final Cut” is Ridley’s Scott’s vision fully realized, with the director taking control over the editing of the movie. “The version that will be screened on Sunday, March 13, includes additional scenes that make the plot more coherent. It is also a more violent movie and the ending is far more ambiguous than the original,” states the release. “With its added scenes and tighter storyline, the ‘Final Cut’ is generally considered the better movie.”

The release also noted that the music by Vangelis is “haunting, evocative and at times can be as disturbing as the film.”

Tickets may be purchased online at the RC Theater website or at the theater anytime the it is open.

“To protect our audience members, the Bryan Cultural Series will only sell 100 tickets for the show and encourages social distancing in the auditorium,” stated the release. “Masks will be required for all audience members when they are not eating or drinking.”

For more information about upcoming events for the Bryan Cultural Series, visit bryanculturalseries.org.