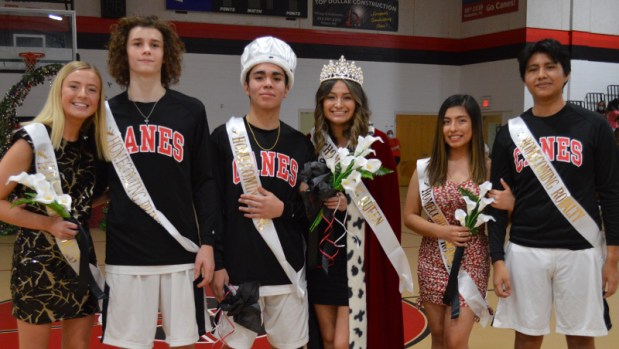 Cape Hatteras Secondary’s homecoming royalty for 2022 are Clara Oden and Trip Stephens as princess and prince; Osmar Padilla and Yoselyn Gabriel as king and queen; and Catherine Rebollo and Alan Garcia as duchess and duke. M.H. Goodloe-Murphy photo 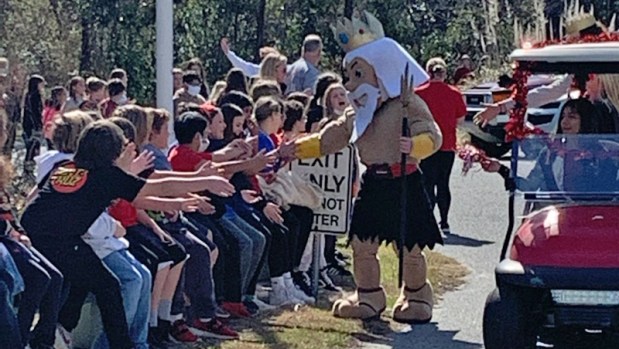 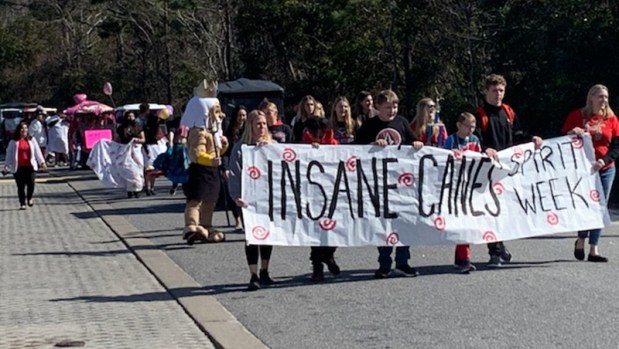 Homecoming at Cape Hatteras Secondary was celebrated during basketball season.

Twenty students, selected by classmates, walked through a flower-bedecked arbor as introductions were made.

Selected as princess and prince were senior Clara Oden and Trip Stephens, a sophomore.

The duke and duchess for 2022 were junior Alan Garcia and senior Catherine Rebollo.

Additional members of the homecoming court by class are:

After the homecoming ceremony, a parade that ended Spirit Week was held at the Cape Hatteras Elementary School.

Cheers from students greeted the Cape Hatteras Secondary volleyball team and the Spanish II class wearing costumes and dancing to Latin music. The sophomore class had a float. Junior class representatives to the homecoming court rode in the parade as did the prince and princess, duke and duchess. Closing out the parade were homecoming King Osmar Padilla and Queen Yoselyn Gabriel.

The school’s mascot Poseidon with his trident circled the parade high-fiving elementary students.