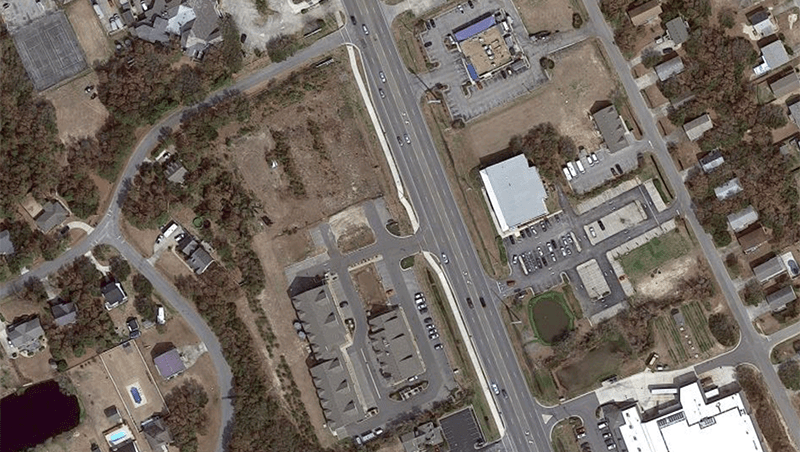 The area of the 2400 block of S. Croatan Hwy in Nags Head. Google Maps image

A First Flight High School student died Saturday night after being struck by a vehicle in Nags Head while attempting to cross the highway.

According to a Sunday afternoon press release from the Town of Nags Head, at around 7:39 p.m. on March 12, 2022, the 15-year-old female attempted “to run from the west side of the 2400 block of South Croatan Highway to the east side of the road. When she entered the inside, northbound lane, she was struck by a 2018 Chevy Colorado driven by a 65-year-old male Nags Head resident.”

Three off-duty EMS employees were nearby and immediately started CPR. They were able to restore a pulse, but the girl later died of her injuries at The Outer Banks Hospital.

In a Monday morning email, Dare County Schools Superintendent John Farrelly relayed that the decedent was FFHS freshman Ersi Shabanaj, who had recently moved to the area from Albania.

“We have sent additional counselors and social workers to support the FFHS student body and staff today and as needed during the upcoming week,” stated Farrelly. “Students are encouraged to reach out to administrators, counselors, and staff as needed as we mourn the loss of Ersi and try to begin the healing process.”

A GoFundMe fundraiser has been started to assist Shabanaj’s family.

According to the Town of Nags Head, the incident is still under investigation, however neither speed nor alcohol are believed to be factors and charges are not expected to be brought against the driver. It was reported that the teen ran across the road by herself and that she was not in a marked crosswalk or at a traffic light or intersection.

“Nags Head’s Police and Fire and Rescue Departments would like to thank everyone who assisted at the scene. Our thoughts are with the families who have been impacted,” stated the Nags Head release.