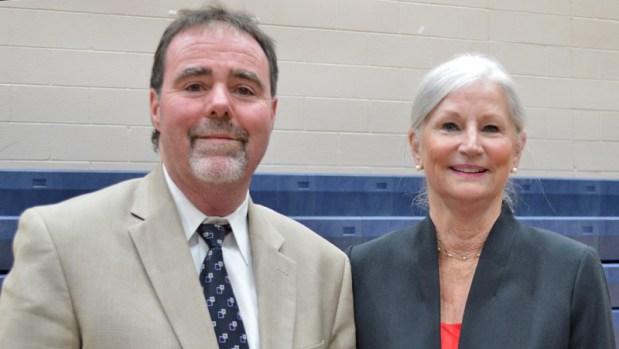 David Twiddy is the new chair of the Dare County Board of Education and Susan Bothwell is the vice chair. M.H. Goodloe-Murphy photo 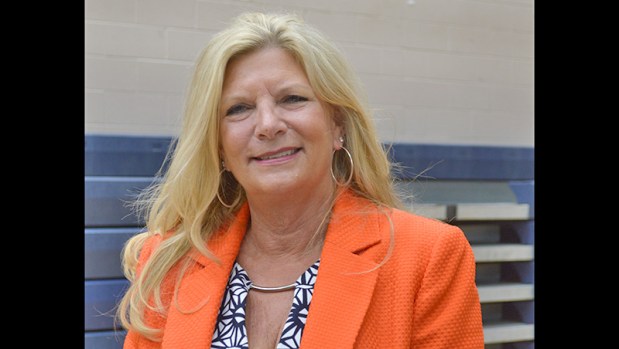 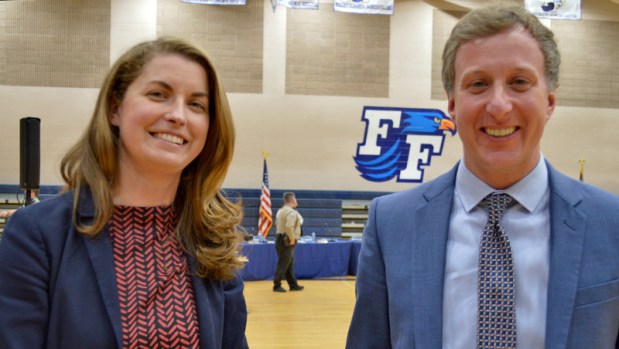 Dare County Board of Education has new leadership.

At the Tuesday, March 9, 2022 meeting, David Twiddy was elected chair and Susan Bothwell was elected vice chair. Both were elected by acclamation of all board members.

At the start of the meeting, Joe Tauber, who was elected in December 2021 on a 4-3 vote, announced his resignation as chairman.

After that announcement, board member Margaret Lawler suggested that the next order of business was reorganization of the board. Board attorney Richard Schwartz conducted the election for chair with Twiddy’s nomination made by board member Susan Bothwell.

Twiddy conducted the election for vice chair. Bothwell was nominated by board member Mary Ellon Ballance.

The change of leadership roles was swift.

The newly-elected officers moved to new positions at the table with Twiddy heading for the chair’s seat and Bothwell moving to Twiddy’s vice chair seat.

Twiddy then called a recess. Twiddy and Bothwell consulted with Schwartz apart from the rest of the board.

When the recess was finished, the board proceeded to amend and then pass the agenda and listen to staff and student recognitions, instructional highlights and public comment from 13 speakers.

After 36 years as an educator, Associate Superintendent Sandy Kinzel is retiring. In board meetings, Kinzel is the staff member who brings policy changes to the board. She most recently has handled personnel for the system, as well as federal grants. She will retire June 30, 2022.

Farrelly said the Kinzel, “You’ve been an absolute professional.” He praised her caring about staff members. In an email notice, Farrelly wrote Kinzel “has been an outstanding leader, role model, and one of the pillars of our school community for the past 5 years. She will be greatly missed. We thank and congratulate Sandy for her numerous contributions to Dare County Schools.”

The Dare County Board of Education approved the following personnel moves:

Dr. Lisa Colvin, assistant principal at Kitty Hawk Elementary, will become the new principal of Kitty Hawk Elementary on July 1. Writes Farrelly, “Colvin has been an exemplary leader at KHES for several years as she and Dr. Florence have made a great team. Lisa is a very genuine, caring, and diligent leader.”

Nags Head Elementary Principal Thomas McGeachy “will be leaving Dare County Schools at the end of the year to move home close to his family. Thomas has had a significant impact on Dare County Schools for the past several years in the First Flight feeder pattern and will be greatly missed,” wrote Farrelly.