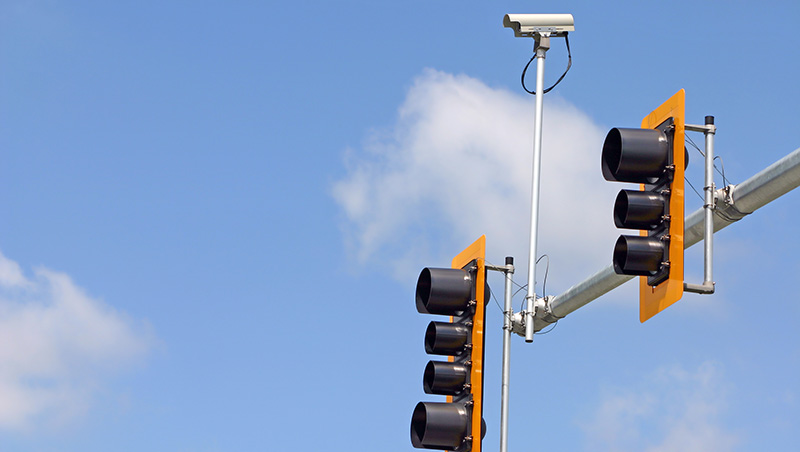 A North Carolina city’s red-light camera program is unconstitutional because too little of the money it generates through penalties ends up with the local school system, the state Court of Appeals ruled on Tuesday.

An appellate panel decided unanimously that Greenville’s funding framework violates the state constitution’s directive that the “clear proceeds” of all fines collected must be “used exclusively for maintaining free public schools.”

The city contracted in 2017 with American Traffic Solutions of Arizona to install and operate the red-light cameras. Motorists photographed driving through red lights receive citations and face a $100 penalty. Two motorists who were cited sued the city and the Pitt County Board of Education, which ultimately gets the proceeds.

The General Assembly has agreed that a local school board must receive at least 90% of the total fees and fines collected to meet the definition of “clear proceeds.”

Instead, the Pitt school board received over a roughly two-year period 72% of the $2.5 million collected after program expenses and fees to the contactor were paid, according to the opinion.

Writing Tuesday’s opinion, Judge Jefferson Griffin said the local authorities were trying to frustrate the public’s wishes by arguing Greenville meets the standard by initially paying the school board 100% of the money collected — only for the board to return amounts equal to fees and expenses afterward.

“The clear purpose of the people in mandating that the clear proceeds of such fines be ‘faithfully appropriated’ to the public schools cannot be circumvented by the elaborate diversion of funds or cleverly drafted contracts,” Griffin wrote in reversing a lower court decision.

Roughly 20 North Carolina towns and cities – including Nags Head – have been authorized by the legislature to operate similar traffic-control photograph programs. The General Assembly authorized the first such program in 1997.

It’s possible the state Supreme Court could take up the case.

In a separate ruling on Tuesday involving another motorist, a Court of Appeals panel upheld the decision of three trial judges who had rejected an argument that the 2016 law creating Greenville’s red-light program was unconstitutional because the state constitution prevents “local laws” related to health. The appeals court cited a state Supreme Court decision.

But appeals Judge Richard Dietz wrote Tuesday that the trial judges had gone too far ruling that the underlying traffic camera statute that permits only some cities to operate programs also doesn’t relate to health — because the motorist had not specifically challenged that law.

“Whether the underlying red-light traffic camera legislation is an unconstitutional local law relating to health is a question that must wait for another day,” Dietz wrote.