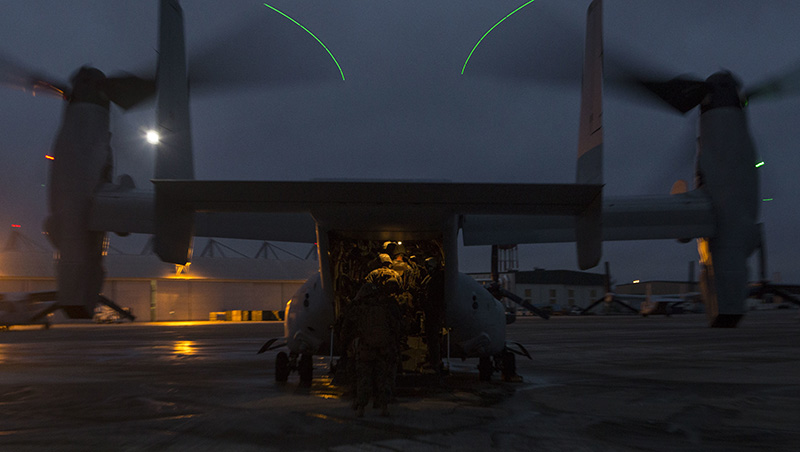 The U.S. Marine Corps has identified the four Marines who died when their Osprey aircraft crashed Friday night in a Norwegian town in the Arctic Circle during a NATO exercise.

In a statement issued Sunday night, a Marine Corps spokesman said the bodies were removed from the crash site and were in the process of being returned to the U.S.

The cause of the crash remained under investigation, but Norwegian police reported bad weather in the area.

Officials in Norway said the MV-22B Osprey crashed in Graetaedalen in Beiarn, south of Bodoe.