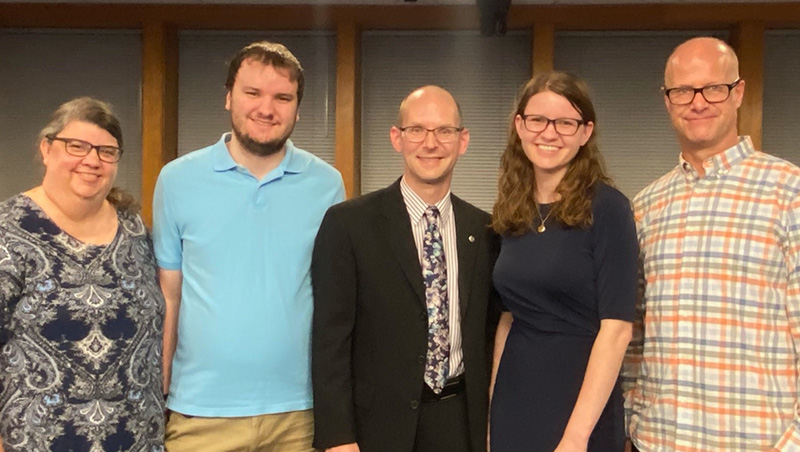 There was brief public hearing that amended the town code to allow sunshades or sail shades in outdoor dining areas. A sail shade is described as “a flexible fabric membrane tensioned between several anchor points designed to provide shade from the sun’s rays.” It must be located within building setbacks and is subject to some additional size and maintenance requirements. The amendment was requested by John Kirchmier, owner of Bonzer Shack Bar & Grill.

After unanimous approval, commissioner Terry Gray said, “I think it’s a neat thing. I think it looks so much better than the umbrellas on the picnic tables.”

Kirchmier then spoke during the public comment of the meeting, urging commissioners to continue to allow tents as an outdoor seating option, which was allowed under the COVID-19 state of emergency order.

“Our outdoor dining last year was an overwhelming success with COVID,” Kirchmier said. “We still have people coming in requesting outside seating.”

After broaching the topic last November, commissioners followed all necessary steps and voted unanimously to change the mayor’s term from two years to four years. This will not affect the current mayor’s term; it will take effect after the next mayoral election.

Next, commissioners approved another site plan review at 100 East Fifth Street, nearby the future Target retail store, for a proposed cluster home development for 11 four-bedroom and two three-bedroom residential units and a community pool and pool building.

Of the Fifth Street development, Mayor Ben Sproul said, “The uniformity of it will look nice and crisp down that street . . . it really matches the neighborhood quite well.”

“I like the landscaping design – it looks nice, lots of greenery. I looks like they went above and beyond the code; I like it when people go the extra mile,” Sproul said.

Moving on, commissioners approved recommendations from town engineer Pete Burkhimer for street improvements for 2022-23 fiscal year, and the 2023-24 plan year. For 2022-23, the recommended projects are for Seminole Street, Indian Drive and US 158 drainage at an estimated cost of $1,390,000. For 2023-24, Burkhimer is recommending street improvements on Wrightsville Boulevard from Goddard to Carolyn Drive at an estimated cost of $2,265,000. 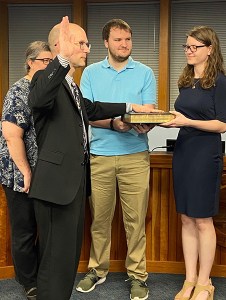