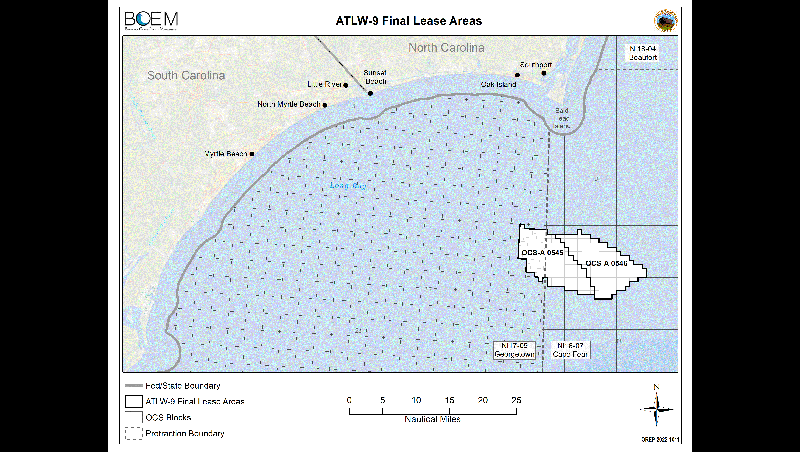 The federal government plans to auction off the rights to produce power from wind energy in two areas offshore of North Carolina and South Carolina.

The leases are part of President Joe Biden’s goal of increasing clean energy generation and providing the U.S. with more independent sources of power and lowering electricity bills for customers, the U.S. Department of the Interior said in a news release Friday.

Sixteen bidders have been found eligible and they can buy either or both sites, officials said.

If fully developed, the sites could generate 1.3 gigawatts of power, or enough to power nearly 500,000 homes.

The agency has already leased wind power sites off New York’s coast and is planning to add sites off California and Oregon, the Gulf of Maine, the Gulf of Mexico and in the central Atlantic Ocean, the statement said.

Biden’s goal is to develop enough offshore wind energy to produce 30 gigawatts of power by 2030.