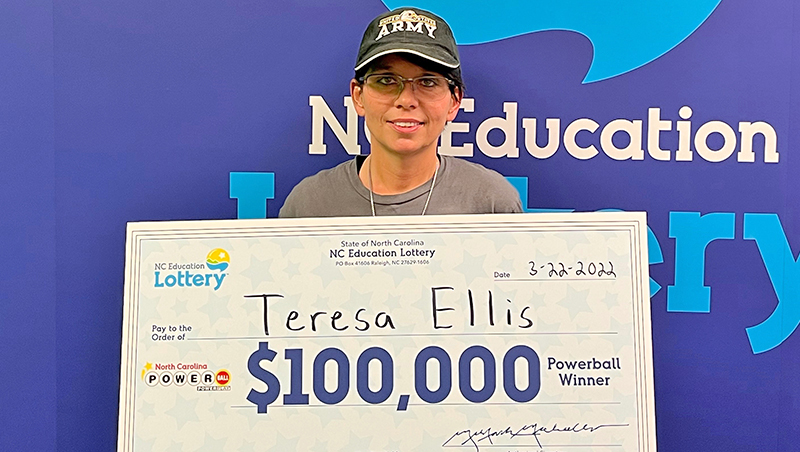 The North Carolina Education Lottery has reported that Teresa Ellis, of Washington, said she hadn’t played Powerball in years but she bought a ticket to honor her brother, who died in December. The ticket won a $100,000 prize.

“It makes me feel like he’s watching over us,” Ellis said.

Ellis, 42, said it has been at least six or seven years since she bought a Powerball ticket, but she decided to buy one on Monday, March 21 because her brother used to love to play Powerball, according to the NCEL press release. She said she wanted to use his birthday number – 16 – to pay tribute to him.

“It feels like this is what he had planned for me,” Ellis said. “It’s kind of surreal.”

Ellis, a restaurant manager, bought a $3 Power Play ticket for the drawing. She matched the numbers on four white balls and the Powerball to win $50,000 and her prize doubled to $100,000 when the 2X multiplier hit. The number 16 helped produce Ellis’ win, coming up in the drawing as the number for the red Powerball, stated the release.

She purchased her ticket from the Speedway on John Small Avenue in Washington and claimed her prize the next day at lottery headquarters. After required federal and state tax withholdings, she took home $71,011.

Ellis said she is going to use the money to pay bills and put some in savings for her two children.