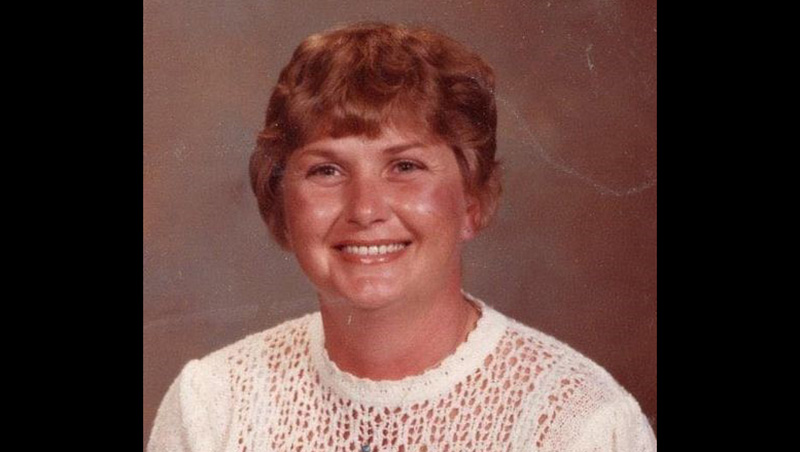 Frances (Fran) Mae Folb joined her mother and many other loved ones to be with our Lord on March 31, 2022.

Fran, the eldest of nine children, learned to cook for her siblings at a young age, but will always be remembered for her cooking. She met Frank in Savannah, Georgia where she cooked in a restaurant up the street from the Greyhound Bus Station and made him his favorite pecan waffle breakfast when he worked the 2 a.m. shift. One day, he asked her out on a date to go fishing and after five dates, they were married. Within the next few years, she and Frank moved to Hatteras Island, where they lived for the majority of their lives and she continued to bless her family, neighbors and community with her gifts of cooking and fishing. After a few years, Frank and Fran became joint owners of the “Froggy Dog” restaurant and Fran became renowned for her cooking abilities and her lavish generosity that made it difficult for them to retain the restaurant. Fran soon began work at a local fishing shop in which she effortlessly baited hooks, and shared her wit and humor. They eventually purchased a tackle store and renamed it “Frank and Fran’s The Fisherman’s Friend” and quickly gained favor largely due to Fran’s hospitality, warmth and fishing knowledge. In the late 1970s, Fran became a surf fishing guide who instructed Hatteras Island visitors on how to surf fish. This culminated into several 30-minute TV episodes in which she taught surf fishing techniques. As an avid surf fisherman, Fran weighed in the present World Record Red Drum (94 lbs. 2 oz.) and caught the largest red drum (60 lbs.) which was registered in the Nags Head Beach Buggy Association in 1982. Between fishing, owning a business, and caring for her husband, four children and foster children, Fran has always found time to share her gift of cooking. She baked cakes for friends’ birthdays and weddings, cooked meals at the Buxton Volunteer Fire Department, Empty Bowls and Meals on Wheels, and supplied snacks and treats for youth events at her local churches and schools. After hurricanes on Hatteras Island, Fran was known for taking community food contributions that would not last and turning them into delicious shared potluck banquets. A friend recently wrote about Fran “You fed so many for so long; sit down at the table, a supper has been prepared for you.”

A funeral will be held at Fremont United Methodist Church, Fremont, NC at 2 p.m., Saturday, April 9, 2022, officiated by Reverend and Friend Shannon Marie Berry with visitation in the Fellowship Hall following the service. In lieu of flowers, we request donations be made to Fremont United Methodist Church, P.O. Box 147, Fremont, N.C 27830. Casual dress is welcomed. Family will receive friends at the home.

A celebration of life service and luncheon will be held on April 30, 2022 at 2 p.m. at the Angler’s Club in Buxton, NC to share happy and loving memories of Fran’s 76 years of building friendships for the many that have crossed her path.