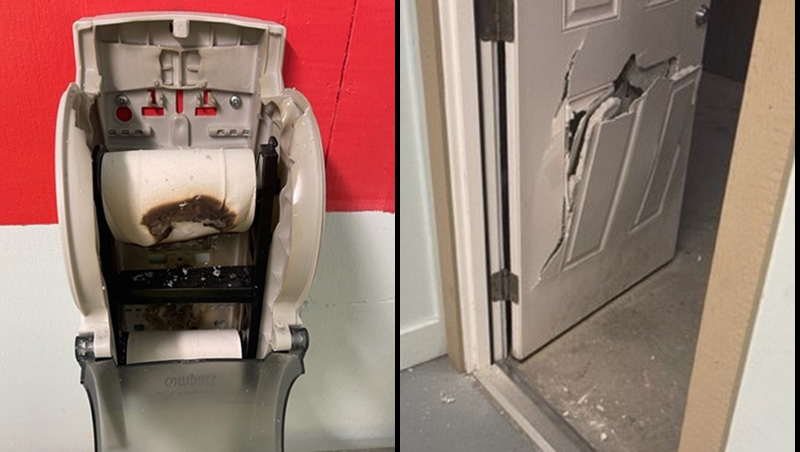 In response to the issues, KDHPD increased the frequency and duration of its presence at Aviation Park. No further criminal incidents have been reported since then. Additionally, KDHPD stated that one individual was identified as being responsible for some of the previously reported damage. The individual is a First Flight Middle School student and the case has been referred to the Juvenile Court counselor for consideration. Due to the individual’s status as a juvenile, no identifying information can be released, stated KDHPD.

“The Department would like to thank the public for their support,” stated a KDHPD press release. “The response to the additional police presence and police actions has been overwhelmingly positive. Our overriding goal is to make the park a pleasant place to visit and enjoy.”

Aviation Park is a centrally located park in Kill Devil Hills off Veterans Drive across from First Flight High School. Also known as the “skate park,” “frog pond” or the “turtle pond,” Aviation Park is the town’s busiest public park. A 1/5-mile track around the pond is popular for fitness enthusiasts and casual strollers alike. “Mary’s Paws Park,” the fenced dog park, sees dozens of two- and four-legged visitors daily and the skateboard bowl is one of the largest and most popular in Dare County.

“Aviation Park is owned and operated by the Town of Kill Devil Hills and the Town reserves the right to limit access to places and persons in the park at any time through its agents,” stated the release. “The Department would encourage anyone witnessing acts of destruction, vandalism or disorderly behavior to call the Dare Central non-emergency number at (252) 473-3444 and request an officer to respond.”