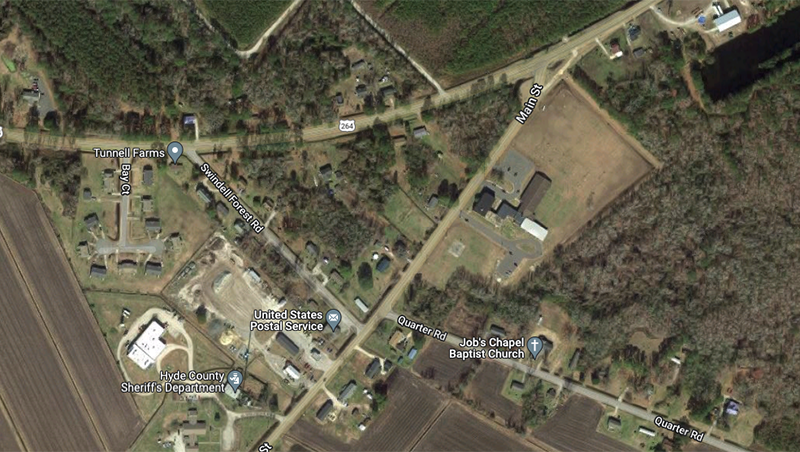 The area of the 1400 block of Main Street in Swan Quarter. Google Maps image

A suspect involved in a domestic incident was killed after an armed standoff with Hyde County Sheriff’s Office deputies on Tuesday afternoon, according to information in a Hyde County press release.

HCSO deputies responded at around 2:50 p.m. on Tuesday, April 5, 2022 to a breaking and entering in progress at a residence in the 1400 block of Main Street in Swan Quarter. The caller stated her ex-husband had kicked in her door and was armed with a gun, according to the release.

“When deputies arrived, they encountered 67-year-old Willie Blount standing on the front porch of the house armed with a .22 rifle. Blount ignored numerous verbal commands to drop his weapon and refused to surrender,” stated the release. “After an approximately 10-minute standoff, Blount pointed his rifle at the deputies on scene and was subsequently shot by Deputy William Waters, a 10 year veteran of the Hyde County Sheriff’s Office. Blount died at the scene. No one else was injured.”

The North Carolina State Bureau of Investigation is investigating the officer-involved shooting at the request of Hyde Sheriff Guire Cahoon. The Hyde County district attorney will review all investigative findings.

Waters will be placed on administrative leave with pay pending the outcome of the investigation, which is standard protocol.