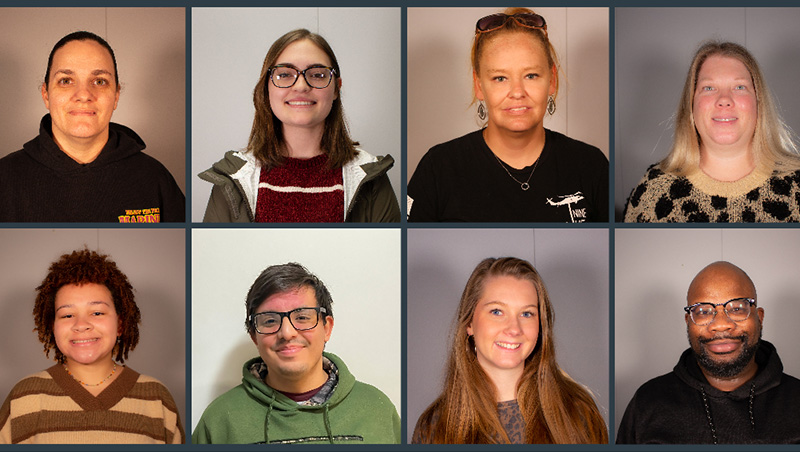 The Beaufort County Community College Foundation has announced the scholarship recipients for the spring 2022 semester. Registration is now open for the summer 2022 semester. The Beaufort Promise does not cover summer semesters, but qualified students can access financial aid.

Mara Jones, 42, received the Washington Women’s Club Scholarship. She is a nursing student who attended Belen High School. Jones plans to work in midwifery. She is the spouse of Joseph Jones, a mother of three and the daughter of Betty and Fred Knehne of Belen, New Mexico.

The Washington Woman’s Club established this fund in 1999. It provides an annual scholarship to a second-year nursing student residing in Beaufort County. Recipients must have a 3.5 GPA and be willing to work in Beaufort County for one year after they graduate from the nursing program.

Megan Huettmann, 19, received the Louise R. Lester Foundation Scholarship. Huettmann is a Washington resident working toward an associate degree in nursing. She attended Northside High School and plans to complete her degree to become a registered nurse. Huettmann currently works as a receptionist at Acre Station Meat Farm. She is the daughter of Susan Pendergrass and Richard Huettmann of Washington.

Erin Mizell, 40, received the Louise R. Lester Foundation Scholarship. She is a Pinetown resident working toward an associate in general education. Mizell attended Washington High School. She plans to transfer to the paralegal program at Pitt Community College. She is a mother of one and the daughter of Mack and Fran Mizell of Washington.

Founded in 2001, the Louise R. Lester Foundation builds on the charitable works of Louise Robertson Lester. Lester was a native of Martinsville, Va. and attended Bentley Business College, Gassaway Business College and, later in life, Patrick Henry Community College and Averett College. She was an accomplished artist, producing beautiful paintings and poetry. The Louise R. Lester Foundation seeks to effect positive change in the communities and lives of the people who are served through its philanthropic support. The foundation seeks to build effective relationships with grantees through a willingness to understand the challenges they face. Scholarships are available for students facing financial challenges to continue their college education.

Stephanie Stepps, 39, received the Tayloe Memorial Scholarship. She is a Stokes resident in the pre-nursing program. Stepps attended Ayden-Grifton High School and plans to obtain her associate degree in nursing. She works at Vidant Medical Center and holds an associate in applied science in medical office administration. She is a mother of five – two biological and three stepchildren – and the spouse of Harvey Stepps.

Sam Tim (Tay) Carter, with encouragement from her children Libba, Lou, Clay and Mary, started the Tayloe Family Endowment in 2003, in memory of her grandfather, Dr. David Thomas Tayloe. The endowment also honors his numerous descendants who have made significant contributions to the medical community of Beaufort County. Scholarships generated by this endowment are awarded to BCCC students enrolled in any medically related program.

Rylee Midyette, 19, received the Vidant Beaufort Health Scholarship. Midyette is a Hyde County resident is working toward an associate degree in nursing. She plans to earn her bachelor of science in nursing and beginning work as a nurse.

The Vidant Beaufort Health Scholarship is available to qualified students in nursing, MLT, nursing assistant, phlebotomy and any other curriculum or continuing education medical-related field.

Savea Brinegar, 19, received the BCCC Foundation General Scholarship. She is a Grimesland resident working on her associate of arts. Brinegar attended North Royalton High School and she plans to become a veterinarian or a psychologist.

Pedro Martinez Pantoja received the BCCC Foundation General Scholarship. He plans to transfer to a university to pursue a degree in aerospace engineering.

Anthony Etheridge, 40, received the BCCC Foundation General Scholarship. He is a Nags Head resident who is part of the cosmetology program. Etheridge attended Currituck County High School and he plans to own a hair salon. He currently works as a bartender at Food Dudes Kitchen.