Hundreds of participants race, jog and walk the Rodanthe Bridge 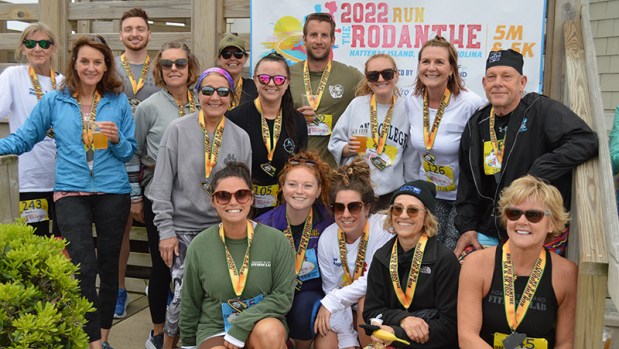 Roanoke Island Fitness Club members participated in the Run the Rodanthe (Bridge). They are gathered here in front of the Rodanthe-Waves-Salvo Community Building in Rodanthe. Mary Helen Goodloe-Murphy photo 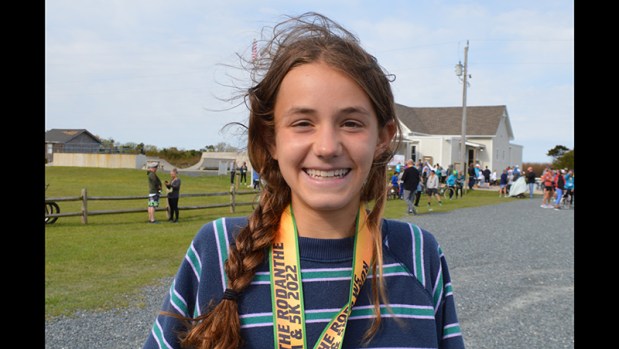 Morgan Miller, 14, of Kitty Hawk, finished the five-mile race in first place for women. Her time was 34:38:1. She has participated in cross-country and track at First Flight Middle School. Mary Helen Goodloe-Murphy photo 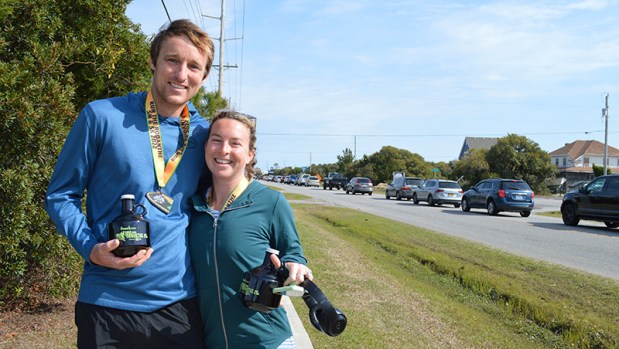 Lewis Ball and Hilarey Ball, of Nags Head, walk to their car parked at Pamlico Station after running the five-mile race April 9. Lewis finished second in the 30 to 35 age category and Hilarey finished third in the 21-29 age category. Traffic was backed up around 10:15 a.m. when this photo was taken. Mary Helen Goodloe-Murphy photo 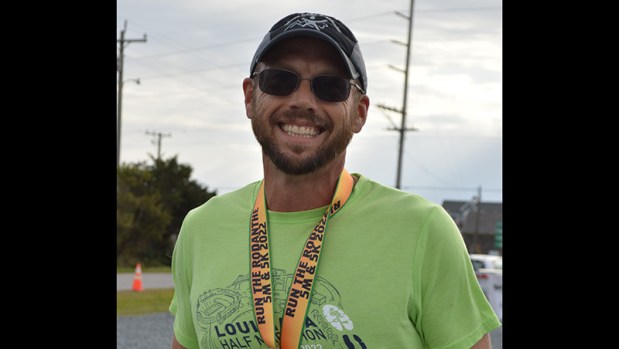 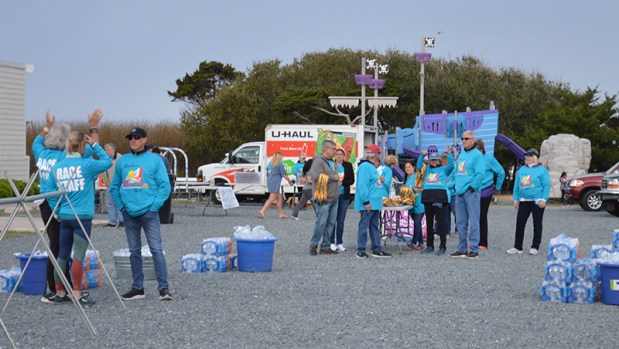 Volunteers at Run the Rodanthe (Bridge) await the return of runners, joggers and walkers on April 9. The Rodanthe-Waves-Salvo Civic Association Race Team expressed thanks to race volunteers and all those with agencies for making the bridge run happen. Mary Helen Goodloe-Murphy photo 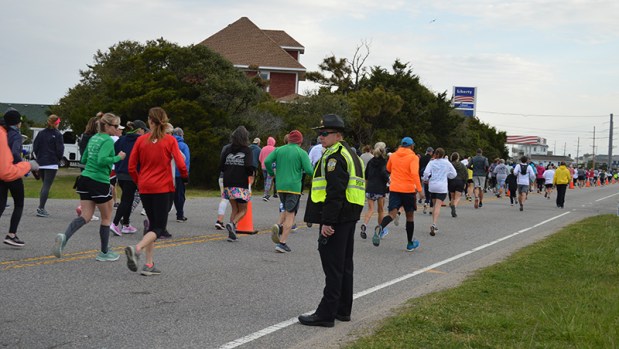 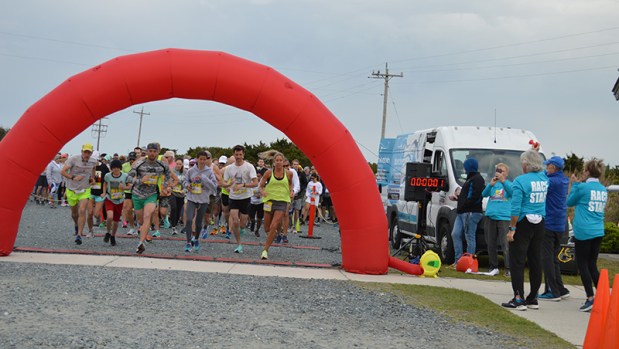 Runners start the Run the Rodanthe at 8 a.m. on April 9, 2022. Timing the event was Blue Cheetah Timing, where complete online race results can be found. Mary Helen Goodloe-Murphy photo 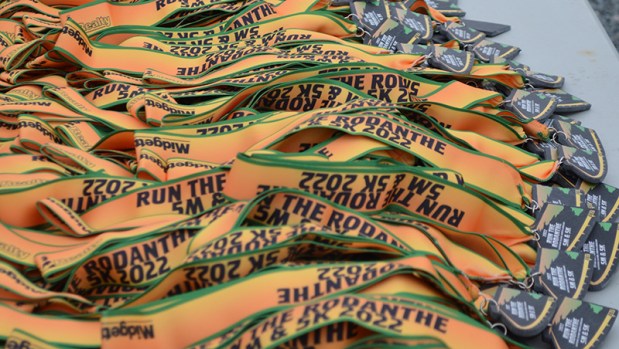 Official race medals are displayed at the Rodanthe-Waves-Salvo Community Building, the location for the start and finish for the two races held on April 9 on the almost-finished Rodanthe Bridge. Mary Helen Goodloe-Murphy photo

At 8 a.m. on a sunny and partly cloudy Saturday morning, a horn sounded. Racers, joggers and walkers crossed a timer and went under an arch to take on the almost-finished Rodanthe Bridge.

The wind was brisk at the Rodanthe-Waves-Salvo Community Building, but those on the bridge reported less wind. The temperature was 58, good for running on April 9.

Over 25 businesses sponsored the race, billed as the Midgett Realty Run the Rodanthe. Two other top sponsors were Surf or Sound and Vacasa.

Two races were run: a five mile race which involved going out and back the 2.4 mile bridge plus the south approach and a five kilometer race out to about half way point and back.

Some 550 race packets were picked up and 456 participants crossed the finish line.

A pre-race meeting of emergency agencies made sure runners and walkers were safe. At 6 a.m., NCDOT staff started lining the roadway with orange cones. The southbound lane on NC 12 was closed before the race and off-duty Dare County deputies shifted traffic back and forth. The lane was reopened around 10:30 and closed again at 12:15 p.m. for the second bridge event of the day.

Here’s a rundown of the top runners:

Fourteen-year-old Morgan Miller was the top female finisher in the five-mile run. She’s from Kitty Hawk. Mary Syrrist from Buxton was second overall and Abby Berquist from Kitty Hawk was third.

In the men’s race, David Kiser from Rocky Mount, Va. finished in 18:18.6, the only non-Outer Banker overall winner in the 5K. Trenton Saunders from Kitty Hawk finished second and third was Christopher Bellows from Buxton.

Run proceeds benefit the Rodanthe-Waves-Salvo Civic Association, which maintains the sidewalk in Rodanthe, Waves and Salvo, decorates the villages and sponsors adopt-a-highway and events.