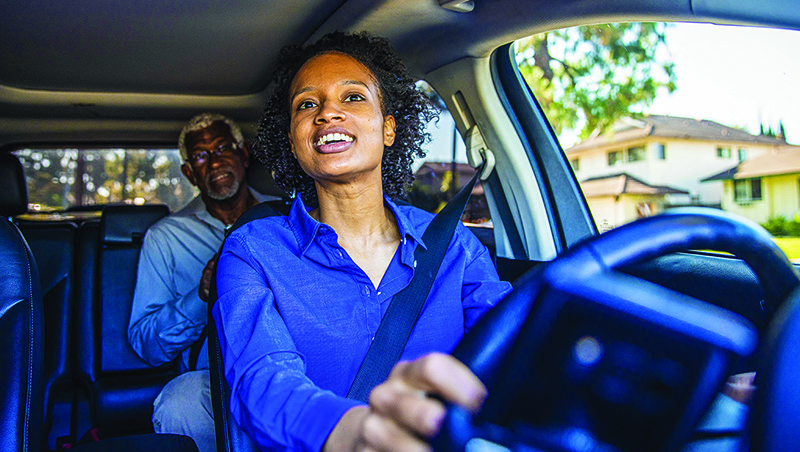 “Driving any vehicle always requires a lot of concentration, whether you’re a novice or highly experienced on the road,” said Causey. “I’m asking every driver to focus on the road and not let distractions break their concentration from safely getting to their destinations.”

April has been proclaimed Distracted Driving Awareness Month across the United States. Causey joined the National Highway Traffic Safety Administration and safety advocates across the nation in raising the awareness of the dangers of distracted driving.

Distracting driving can cause a driver to veer off the road or hit another car, resulting in property damage, personal injury and loss of life. According to the National Highway Traffic Safety Administration, distracted driving killed 3,142 people in 2020 and about eight people are killed every day in crashes that involve a distracted driver.

In addition, distracted driving puts pressure on insurance companies to raise automobile insurance rates due to the number of claims filed as a result of accidents. Sending or reading a text takes a driver’s eyes off the road for an average of five seconds. At 55 miles per hour, that’s akin to driving the length of an entire football field blindfolded, while most motorists travel faster than 55 on highways and interstates, stated a press release from the North Carolina Department of Insurance.

Forms of distracted driving can include talking or texting on a cell phone, eating or drinking coffee, putting on makeup, setting the navigation system, changing the radio station or tending to a child in the car. Distracted motorists put others at a higher risk by not maintaining their concentration, noted the release.

– If a text or email really needs to be sent, pull off the road and safely park before sending any message.

– Those who wish to be available can select a passenger as a “designated texter” to send and receive texts for the driver. It is important to do this even while stopped at a light or light as situations on the road can change rapidly, stated the release.

– Set navigation systems or radio stations before starting to drive.

– Don’t scroll through apps, websites or social media while driving. Those who feel tempted can turn the phone off, set it to airplane mode or put it in the glove box, back seat or trunk.

– Ask a passenger in the car to tend to the needs of children, if necessary.