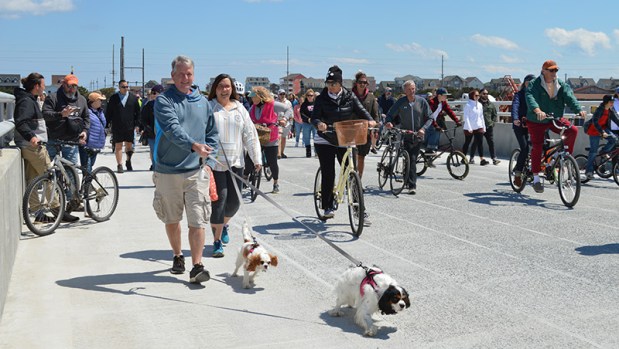 At Community Dare for the Rodanthe Bridge, people walking with and without dogs and folks riding bikes head out to traverse the almost-finished Rodanthe Bridge. Mary Helen Goodloe-Murphy photo 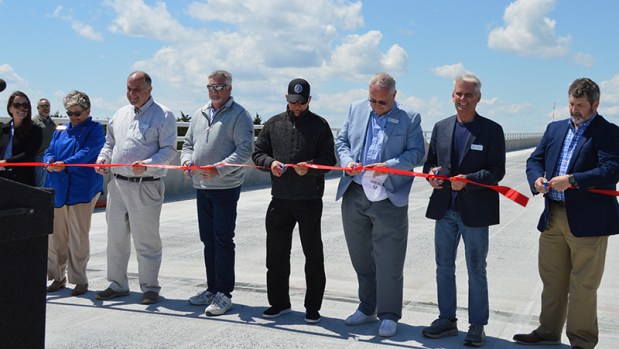 Then people started walking or riding bicycles along the bridge. Some went part way. Others managed the entire distance. Some brought their dogs for the walk.

Unlike runners in the first event who were concentrating on a race, these event attendees stopped, looked at Pamlico Sound and viewed the island’s S-curve which the bridge replaces.

People continued to arrive throughout the afternoon. The last folks cleared the bridge about 5:20 p.m. Two NCDOT staffers finished up about 6:30 p.m.

A posting from NCDOT said, “Whether you came on two wheels, two legs, or four legs, we want to thank everyone who came out for Community Day on the new Rodanthe Bridge! We hope you enjoyed it… and we look forward to opening the bridge to vehicle traffic in the next few weeks.”