Dredging efforts have begun in Sloop Channel, will eventually allow for return of larger ferries 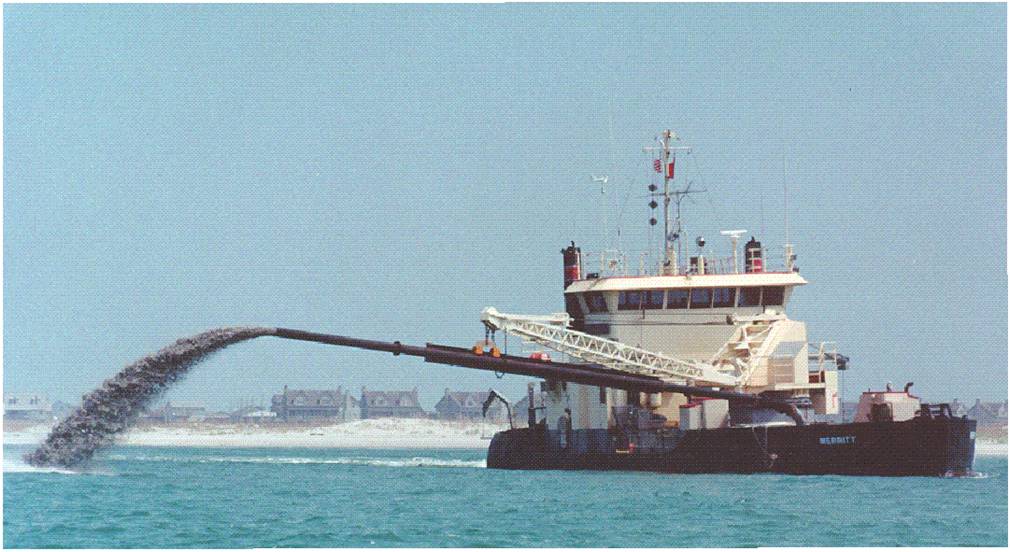 The U.S. Army Corps of Engineers’ Dredge Merritt began work Tuesday to clear critical shoaling in Sloop Channel, just outside the N.C. Ferry Division’s Ocracoke-South Dock Terminal, according to a press release from the North Carolina Department of Transportation.

Shoaling and high wind conditions were the primary reasons for schedule disruptions and cancellations on the ferry route over the weekend.

“Getting this urgent dredging operation underway has been a top priority for the Ferry Division for several months,” said Harold Thomas, Ferry Division director. “We’d like to thank the Army Corps of Engineers, the U.S. Coast Guard, the N.C. Department of Environmental Quality and the Hyde County government for their help in getting us to this point.”

Upon successful completion, the dredging efforts will result in a deeper, wider channel that will eventually lead to the return of larger, river-class ferries to the Hatteras-Ocracoke route, stated the release: “Larger vessels will allow more vehicles and more people to be carried on each departure, helping to alleviate the traffic congestion issues the route has faced in the last several weeks.”

To further relieve congestion on the popular vehicle route, the Ferry Division is asking Ocracoke vendors with priority passes to depart on one of the early morning runs from Hatteras.

“Most of the visitor traffic on the Hatteras route arrives after 9 a.m.,” said Jed Dixon, Ferry Division deputy director. “If we can clear the larger vendor vehicles before that time, it would allow us to carry more of the tourist traffic in a timely manner.”

The Hatteras-Ocracoke route switched to its full spring schedule on April 12, increasing the number of scheduled daily departures from 18 to 26 from each side. A complete ferry schedule can be found on the Ferry Division’s website. Real-time updates on weather or mechanical delays on the Hatteras route can be found on the route’s Twitter feed @NCFerryHatteras.