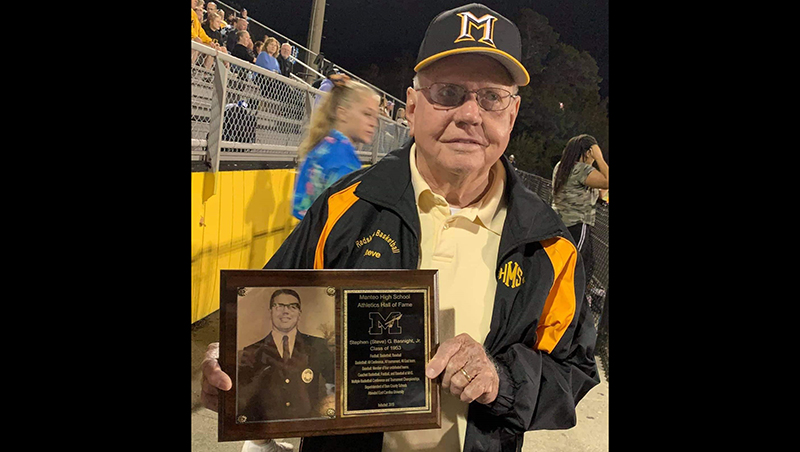 Steve Jr. graduated from Manteo High School in 1953 and began college at East Carolina University the same year. He continued his studies there until 1957 when he joined the United States Coast Guard. In that same year, Steve Jr. married his high school sweetheart, Carolyn Gaskill of Wanchese. After serving his four years in the Coast Guard, Steve Jr. went back to ECU and finished his degree in business and in 1961 he began his career in public education with Dare County as a high school teacher. Steve Jr. served as the guidance counselor and assistant principal while also coaching high school basketball and football. In 1967 Steve Jr. left the classroom to become assistant superintendent of Dare County schools and went back to ECU to obtain his master’s degree in educational administration in 1973 and later become superintendent of Dare County Schools, a position he held for 10 years until he retired. After his retirement from public school, Steve Jr. ended up with a second career working full time in the Rope Shop, a commercial fishing supply company in Manteo, where he was still employed.

In addition to his multifaceted career in public education in Dare County, Steve was also a part-time instructor for College of the Albemarle in Dare County and became supervisor of Adult Education for COA for Dare County.  As a member of the Manteo Lions Club, he served as treasurer, vice-president and president of the local club. He went on with the Lions Club organization to be Deputy District Governor of district 31-J. Furthering his service to the local community, Steve proudly served as a volunteer fireman with the Roanoke Island Fire Department where he became Lieutenant, Assistant Chief, Captain and President of this organization. Steve was on the board of directors of the Manteo Library, the Albemarle Regional Library, the Dare County Arts Council, the Dare County Unit of the North Carolina Little Symphony and a member of the state and local North Carolina Association of Educators and the National Education Association. For several seasons as a boy, Steve Jr. was a cast member of the Lost Colony Production, worked on the maintenance crew, and helped cut the first road into the “new” Elizabethan Gardens. As an adult, he worked as a Park Ranger for the Cape Hatteras National Seashore Park as a ranger and historian in summer seasons.

In his church, Bethany United Methodist Church in Wanchese, Steve served as superintendent of youth services and as a counselor for the United Methodist Youth Fellowship. He taught Sunday School and served on and chaired every committee in the church, some twice or more. Recently he was chosen as the Methodist Man of the Year from the church.

Funeral services for Steve will be held on Wednesday, April 27, 2022 at Bethany United Methodist Church in Wanchese at 3 p.m. Services will be done by Pastor Susie Fitch-Slater, Pastor Kenny Midgett and Pastor Ken Mann. Private burial will take place in Manteo Cemetery. The family will receive friends and relatives Tuesday evening from 6 until 8 p.m. at Twiford Colony Chapel.

The family requests in lieu of flowers, memorial donations may be made to Bethany United Methodist Church Men’s Fellowship. These funds will be used in establishing a scholarship for students graduating from Manteo High School.