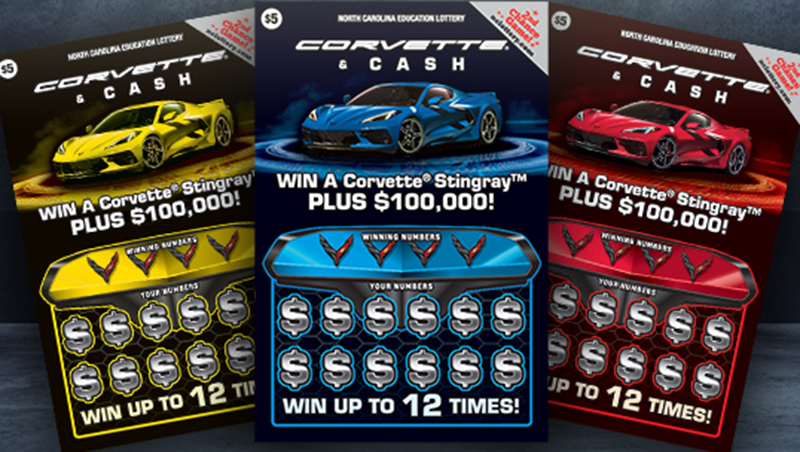 The North Carolina Education Lottery reports that when Hattie Orozco, of Bailey, finishes driving her school bus route, she will soon be stepping into a new Corvette® Stingray™, a prize she won in addition to $100,000 in a lottery second-chance drawing.

Orozco, 63, said she knew she won the $100,000 prize in the second-chance drawing, but she “almost passed out” when she arrived in Raleigh and found out a new Corvette Stingray came with it, too. “When I got here and she told me, I was just beside myself,” Orozco said. “It blew my mind.”

Orozco won the grand prize in the April 20 Corvette & Cash second-chance drawing. Her entry was picked from more than 1.2 million entries. “I never dreamed of winning something like this,” she said.

The Nash County woman claimed her prize last Wednesday at lottery headquarters in Raleigh and, after required state and federal tax withholdings, took home $71,010. She also took the first steps to sitting in her brand-new car.

She gets to choose a 2021 model, or a current available model, as well as her favorite options to bring home a sports car with a value of up to $109,600.

Since the game began in July 2021, five North Carolinians won the prize of a Corvette Stingray plus $100,000 cash. Four prizes were won instantly on the scratch-off and the fifth in the second-chance drawing. The lottery is ending the game since all five top prizes have been won.

For details on how money raised by the lottery made an impact last year, visit www.nclottery.com and click on the “Impact” section.