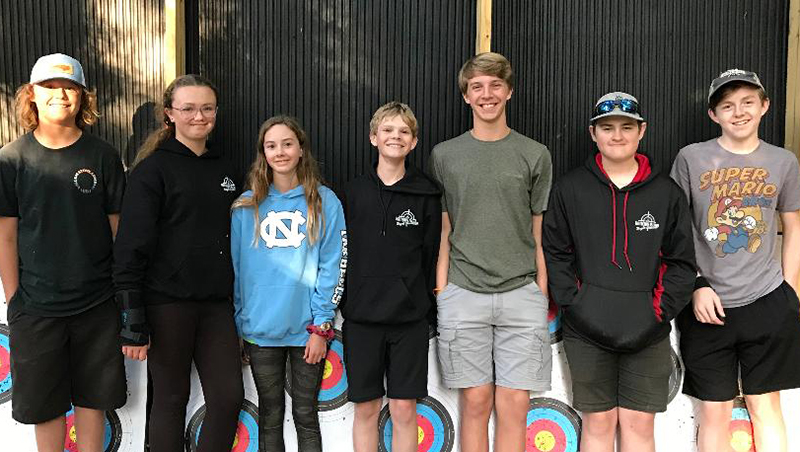 A team from Hatteras Island Target Shooters is heading for state competition.

The team is composed of seven middle school students who compete in the Junior Division of the Youth Hunter Education Skills Tournament, sponsored by North Carolina Wildlife Resources Commission.

The commission’s program reaches 4,000 middle and high school students. Nine district tournaments are held each year. The Hatteras Island team finished third in its district tournament. According to the tournament website, the team scored 3,025 points and ranks 16th going into competition on Saturday, April 30.

The team will compete in archery, rifle, shotgun and hunter skills. At the state level, hunter skills will have an orienteering course and a 25-question walk-through test that includes information from the state’s hunter education manual, scenarios, regulations on hunting and trapping and wildlife identification.