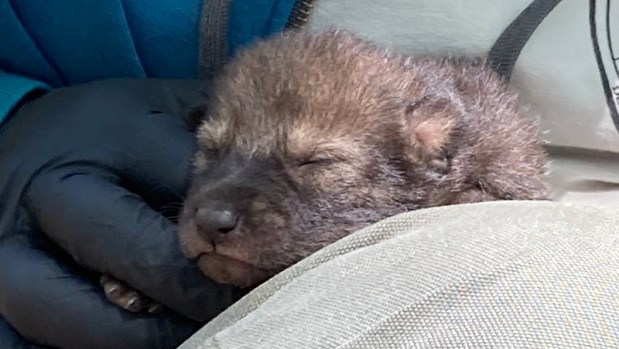 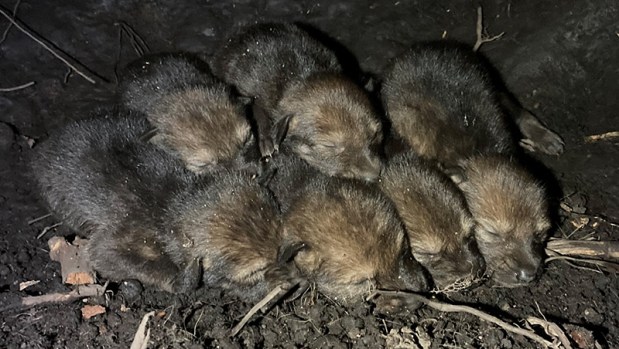 “This significant news for the near-extinct species comes amid a renewed recovery effort by the Service,” stated a press release from the Center for Biological Diversity. “The agency had largely abandoned its recovery efforts for the world’s rarest canine predator since 2015, but officials announced in February that they were committing significant resources to revitalize the program and ensure a full recovery for the species in the wild.”

“There’s a clear cause-and-effect relationship between the Service’s recovery efforts and the survival and reproduction of red wolves in the wild,” said Perrin de Jong, North Carolina staff attorney at the Center for Biological Diversity. “It’s tremendously encouraging to see the agency trying to protect and recover wild red wolves again. My heart is filled with hope at the sight of a new generation of red wolves taking their rightful place on the landscape.”

The parents of the newborn litter were brought together as a result of USFWS’s renewed efforts to encourage the reproductive success of red wolves in the wild. The agency’s matchmaking efforts met with success when the adult wolves paired, established their territory and mated.

Since its February announcement, USFWS has released a total of seven captive-bred red wolves into the wild population, including a pack of two adults and three pups.

“The Service’s efforts this year represent an encouraging increase in recovery activity across this species’ recovery area, and we’re beginning to see the results,” said de Jong. “Now we need the Service to keep at it, so that red wolves not only have a future in eastern North Carolina, but across their historical range in the Southeast.”

Red wolves were once abundant across the southeast, but the species is now the most endangered canid in the world. Today, only 20 known red wolves remain in the wild, surviving in five counties in eastern North Carolina – Dare, Hyde, Tyrrell, Washington and Beaufort.

Twenty-thousand acres of prime habitat across five southeastern states have been identified as potential reintroduction sites for the species.