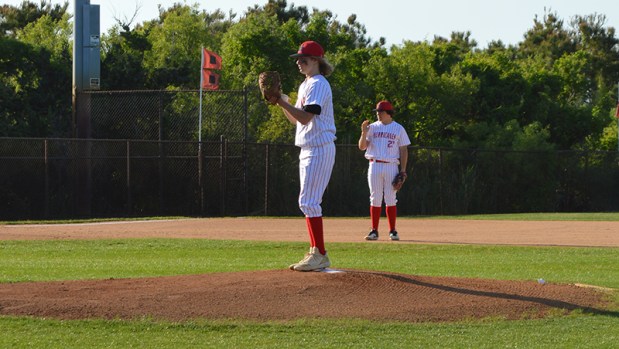 Cape Hatteras Secondary’s starting pitcher senior Ayden Paddock takes the mound before the Ocracoke game. Paddock and seniors Damon Lester and Devin Lester were saluted in a ceremony before the start of the game. M.H. Goodloe-Murphy photo 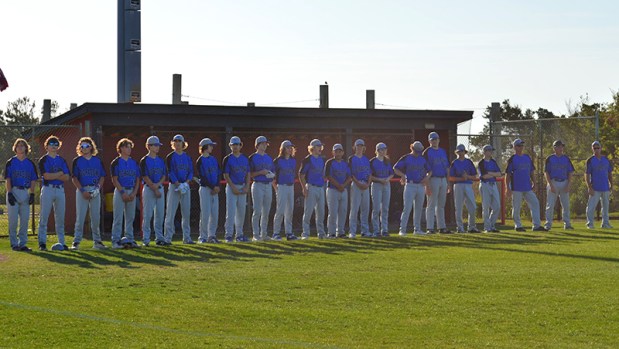 In the fourth, Ocracoke surged ahead, scoring five runs and pushing Paddock off the mound.

Ocracoke scored another five runs in the fifth inning. Cape Hatteras scored its first run in the bottom of the fifth when Gavin Thompson scored after being hit by a pitch.

Ocracoke garnered seven hits with Cape Hatteras hitting for one by Paddock. Strange, an Ocracoke senior, had two base hits and score three runs.

Also pitching for Ocracoke were Strange and Max Elicker. For Cape Hatteras, Kenny Berrane and River Lester made appearances.